Making My Home a Little Prettier for Next to Nothing 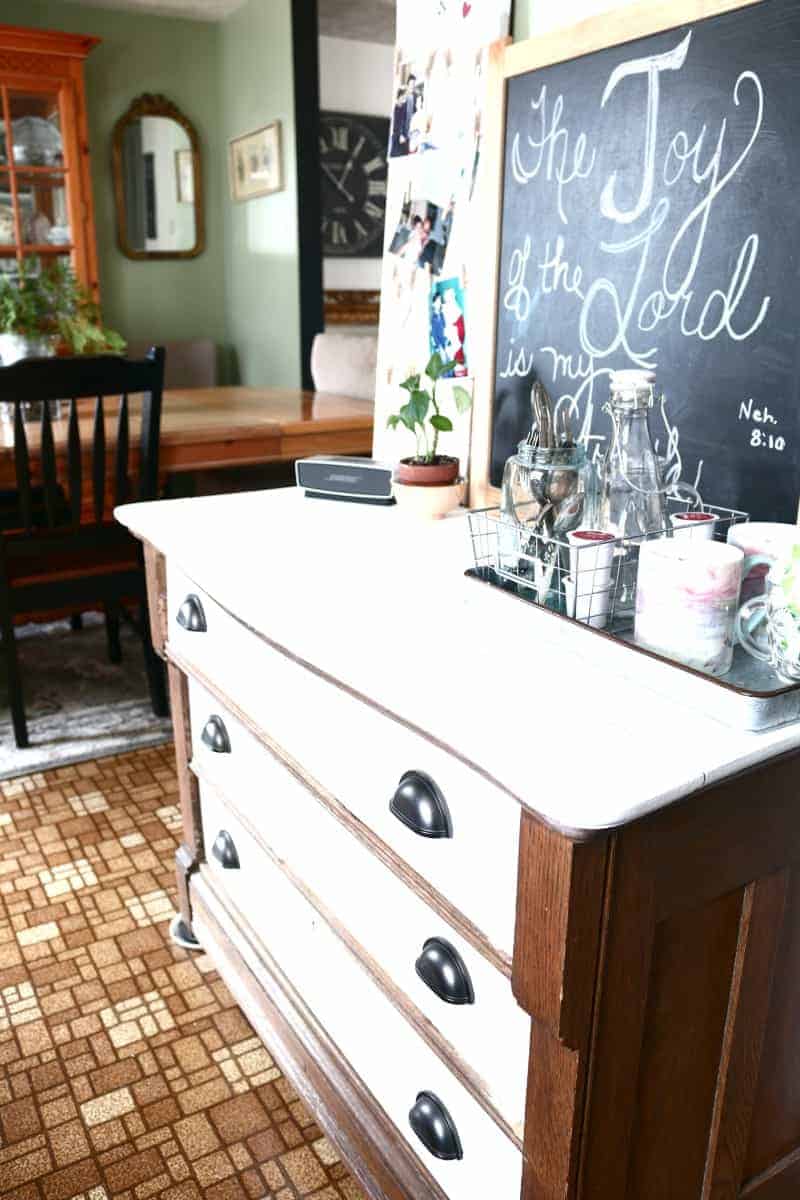 On my continued quest to makeover my home using only things I have on hand I made one of the biggest switches ever and as part of this month's Thrifty Style Team blog post I'm sharing how I made over an antique dresser for next to nothing! 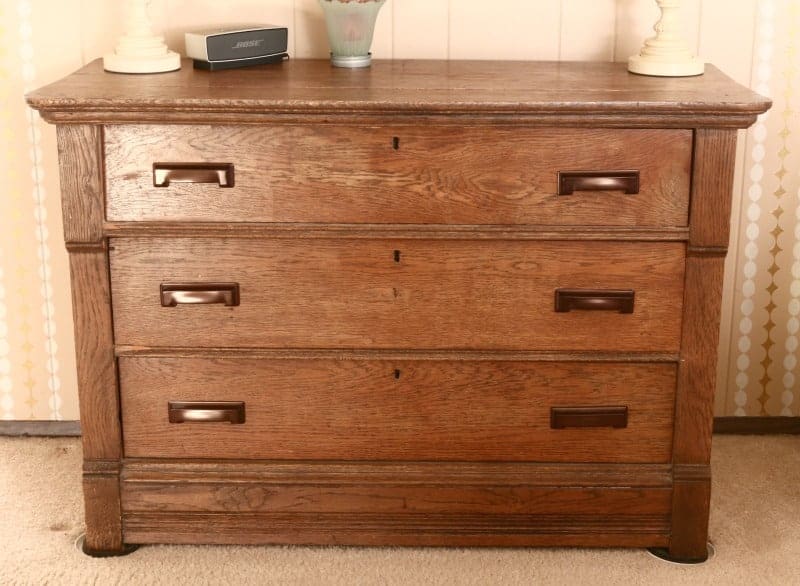 I had been wanting to move this antique dresser from my living room into my kitchen and paint the wall behind it to lighten things up. I literally had this idea in my head for years and never moved it.....almost like I was moving a tractor trailer with my teeth or something....it's a dresser for goodness sake but I was afraid it wouldn't look right...oh, was I wrong. 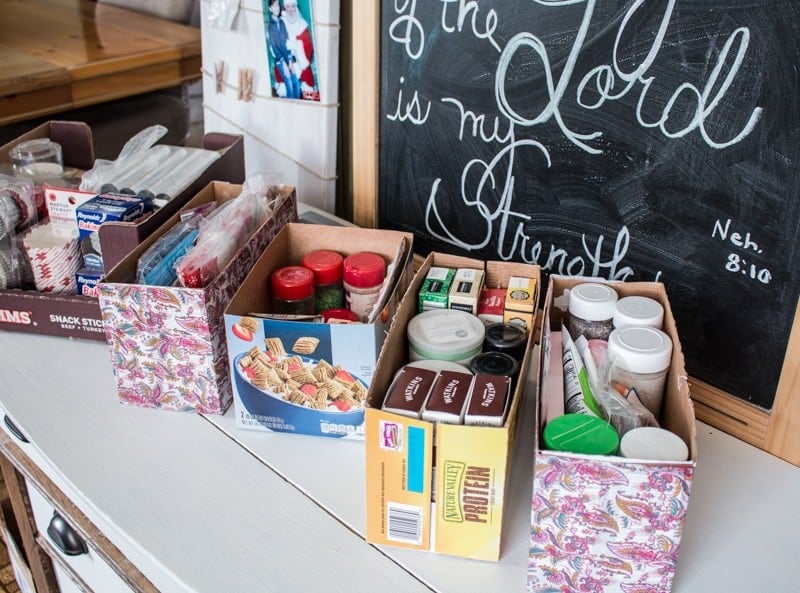 Not only did I want to move it into the kitchen to use it as a pantry but *gasp* I wanted to paint it.  I know, I know....if you are a lover of wood (I am, honestly) the thought of painting an antique piece of furniture can seem like a terrible thing indeed.  I held off painting it for years.  I just couldn't bring myself to do it but I realized that the piece was no longer giving me joy....instead, it was bringing me down every time I saw it so I moved it, painted it and am totally in love with it again. 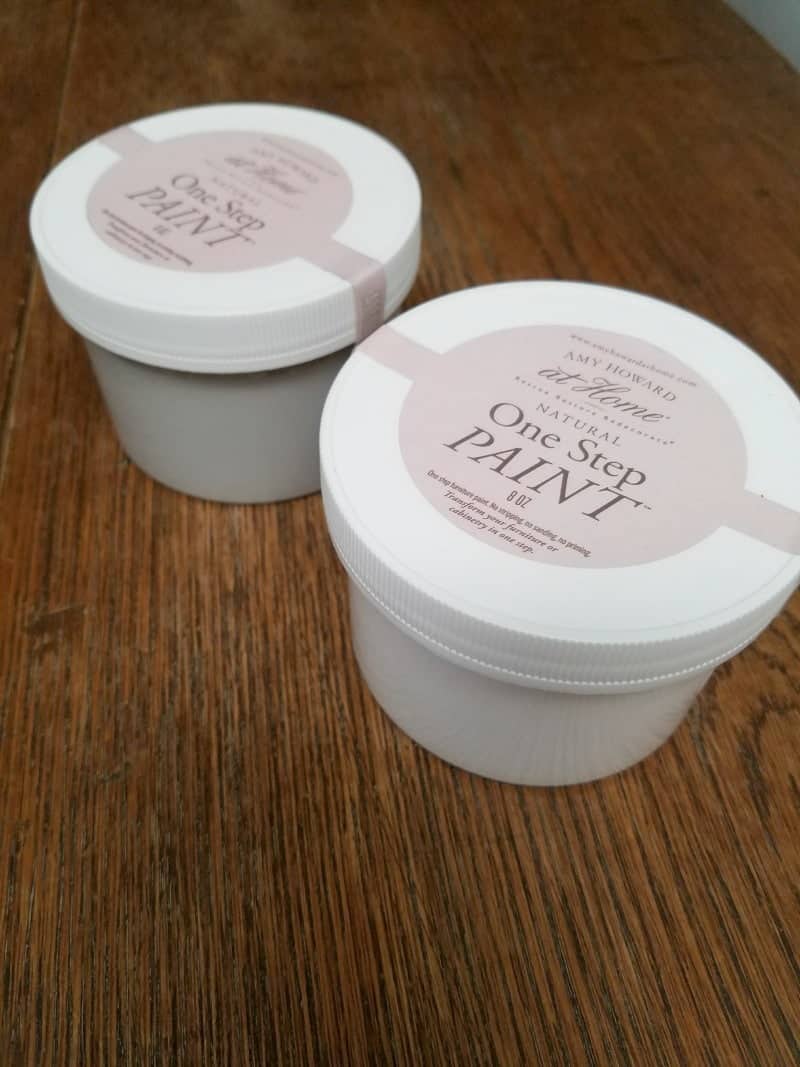 I received paint from Amy Howard at Home, a sample pot of Ballet White One Step Paint, and used that to paint the top and the drawer fronts.  This stuff is awesome and it only took two coats in some places and three in others to cover this solid oak piece.  I had EXACTLY enough from the one small sample pot to complete this project. 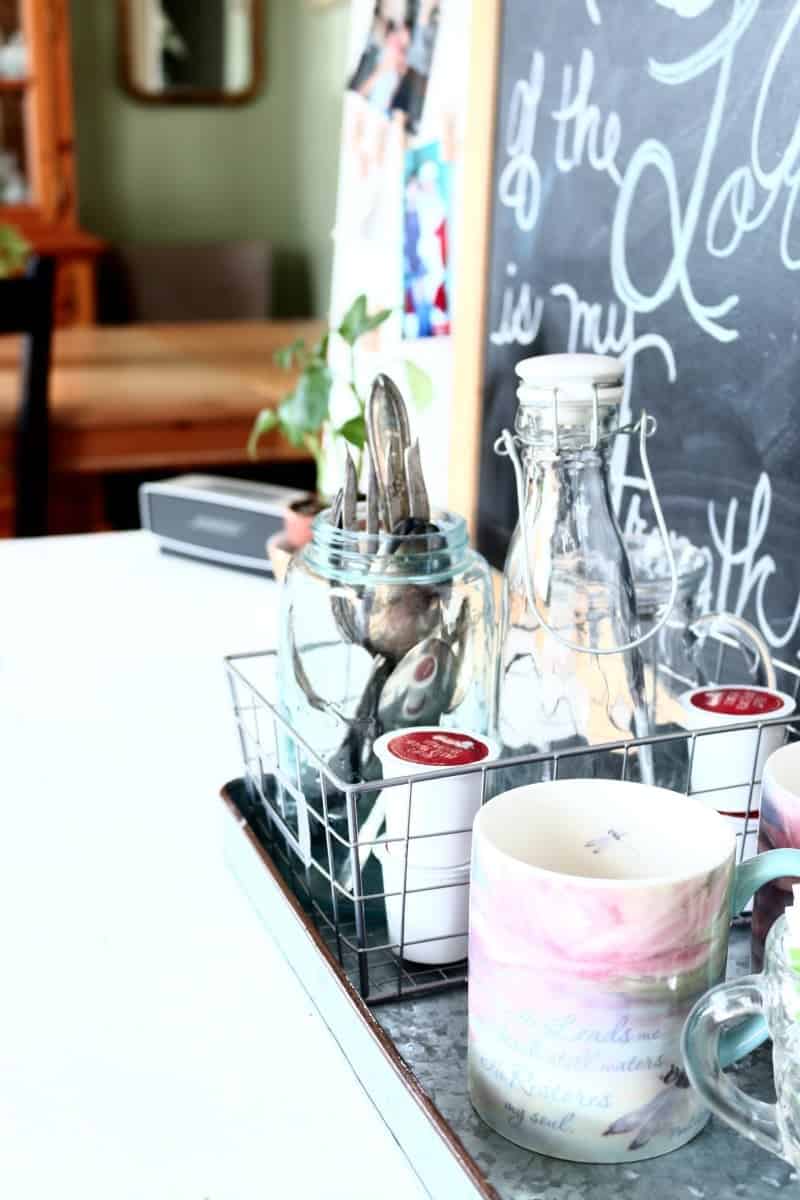 Since it was going to be getting a lot of wear and tear in the kitchen I also waxed the piece with Cerusing Wax (also received from Amy Howard at Home). 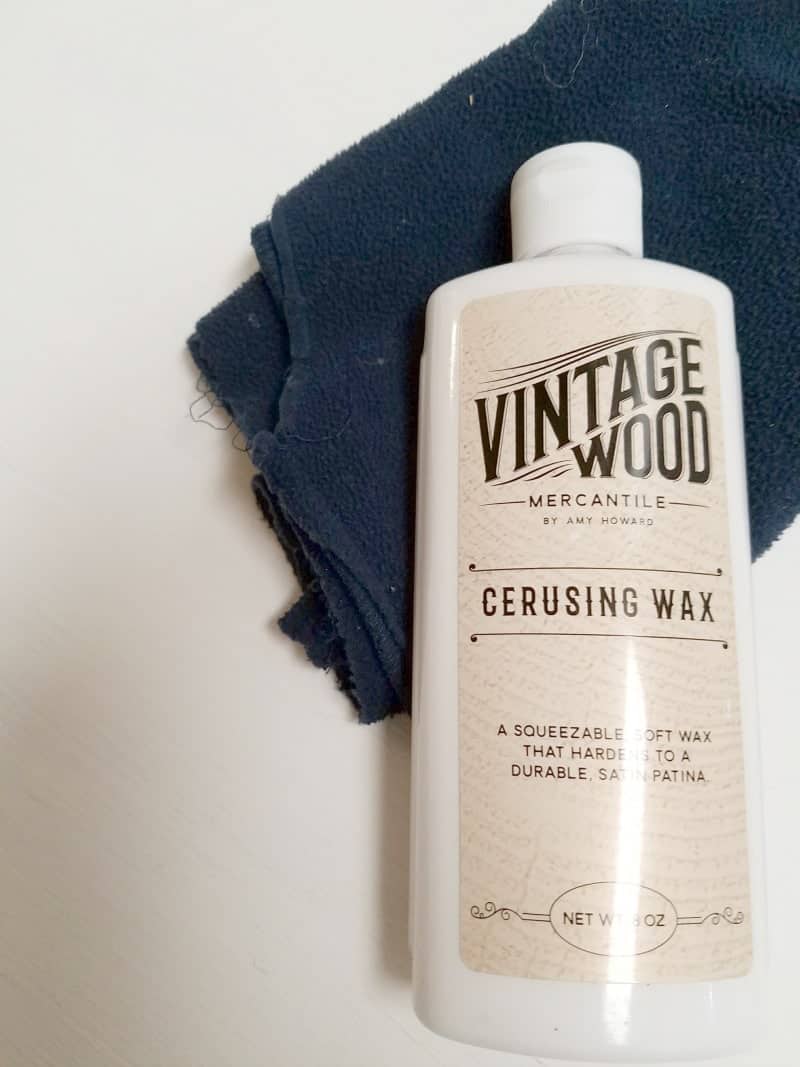 The wax was easy to apply and buff off and the painted surfaces have a nice, smooth and almost worn feel and it definitely perks up my kitchen.  *Waxing Tip - I used cut up old fleece pajamas for the buffing and waxing - a great use for old clothes! 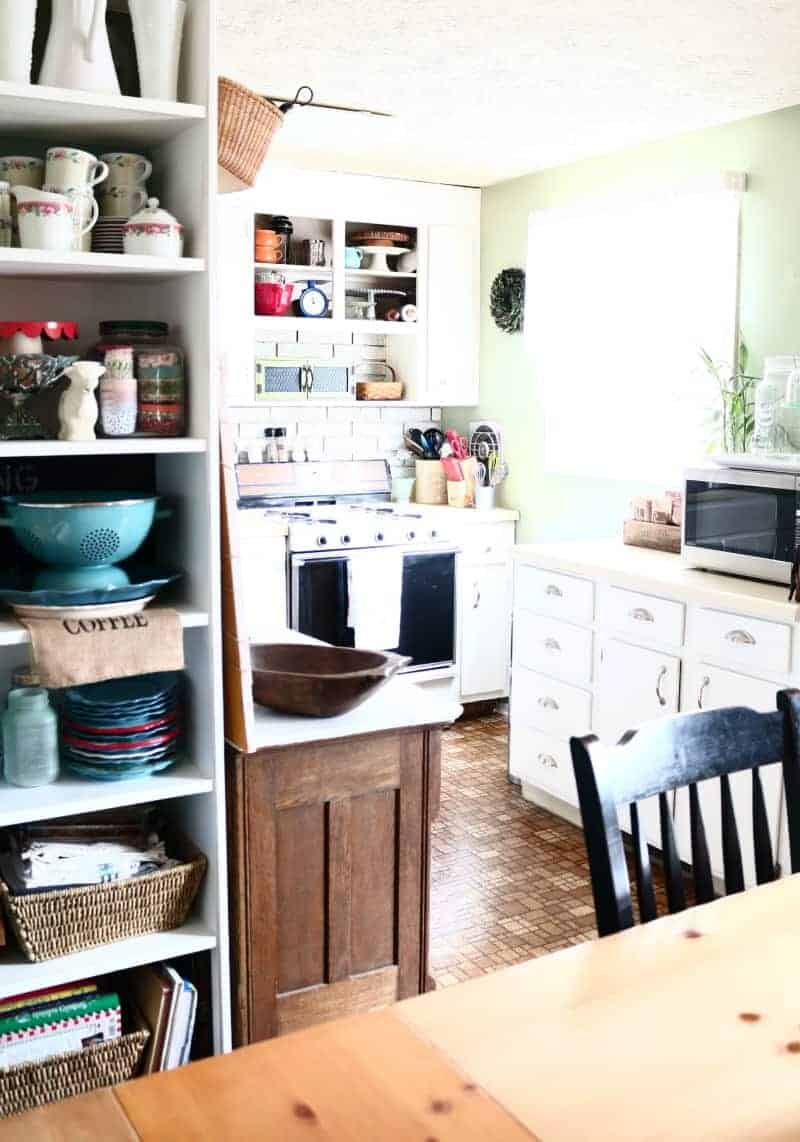 Here's the view from the dining room into the kitchen and you can see the dresser's side.  I used to have a tall pantry here and changing to a dresser has opened up the space more than I even imagined it would and yes, that is an original 1974 linoleum floor (don't be jealous).  I would complain but to be honest, it has held up amazingly well.  I still wax it and admire the shine but that doesn't mean that deep down I don't dream of a different floor, I do.  If you have any suggestions for a replacement, I would love to hear them. 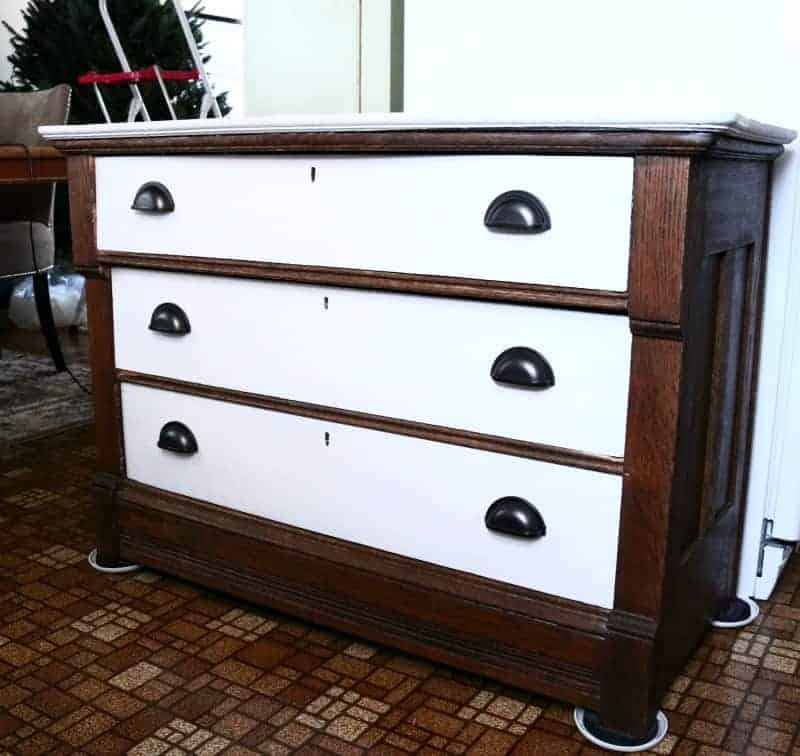 In addition to painting it I also swapped out the drawer pulls with the ones from my faux apothecary chest - that chest is in an area where it isn't seen much so using those drawer pulls on my "new pantry" made much more sense - the pulls had a better feel for the piece now than the previous ones did.  p.s. I decided to do this swap at Christmas...I mean, what better time to take on another project, right, and yes, that is my refrigerator behind it....the house is a bit strange but I'm working around the random walls and small spaces to make it pretty nonetheless and in another post I'll show you how I hid the refrigerator with something my kid's used to play with. 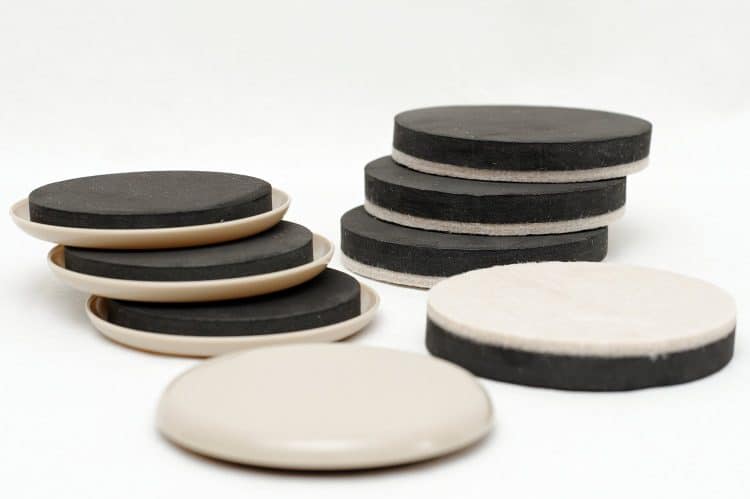 Another p.s. - I put sliders underneath almost everything.  I do eventually remove them but they are awesome for moving furniture by yourself.  I put them under our entertainment center, desks, couches, just about anything I need to move to clean and I don't know what I'd do without them.

So now for more inspiration and thrifty ideas!  Check out all of the other Thrifty Style Team member's take on making something beautiful and thrifty!