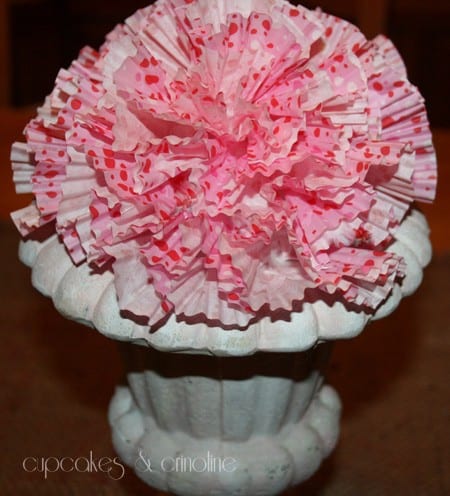 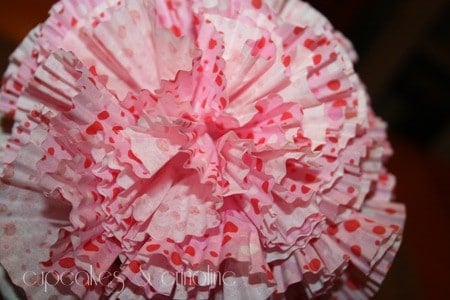 I love cupcakes and one of my favorite things about them {other than eating them} is the decorating options ~ including all of the pretty liners you can choose from.  I saw this idea on pinterest and knew I had to try it.  It is in keeping with my "30 Minutes or Less to Fabulous" and cost less than $3.00 to make.

I went to the Dollar Tree and purchased a 4" styrofoam ball and a package of 24 cupcake liners with 24 picks.  I wasn't sure if I was going to use the picks or not but these were the only cupcake liners they had...so that's what I bought. 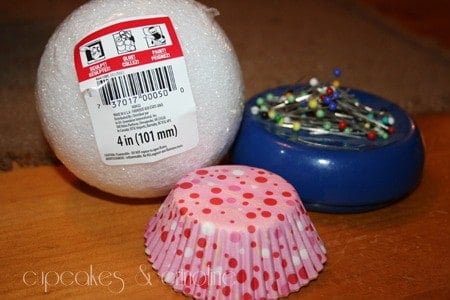 I had an urn that I white washed with a pink tint a few years ago and used that as the base for my bouquet.  I placed the styrofoam ball in the urn and used a Sharpie to mark the area that needed to be covered. 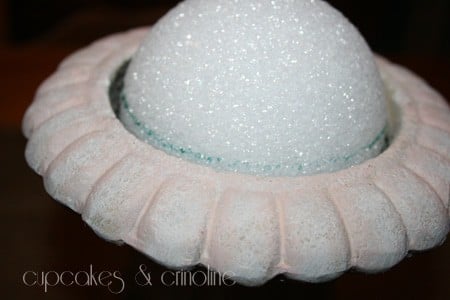 I separated my liners and started. 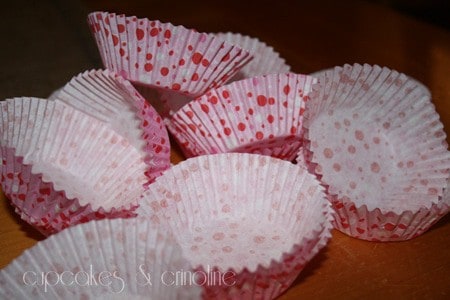 I folded each liner in half, and then in half again several times until I had a tight 'v'. 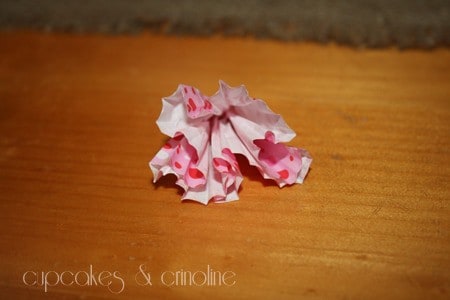 I then flared the liner open and placed my finger inside moving it to the bottom.  I placed some hot glue on the bottom and started placing the 'flowers' on to the ball.  The original tutorial I saw recommended using pins to hold the flowers in place and I did this with the first few but then tried it without and it worked just as well for me. 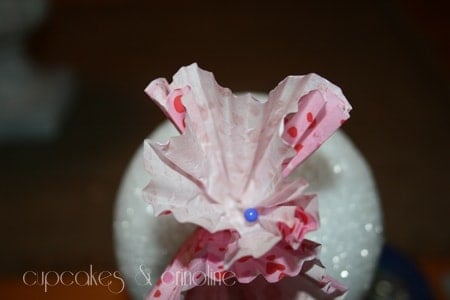 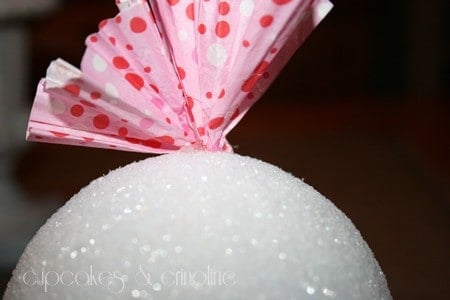 After covering the ball approximately halfway, my bouquet was finished. 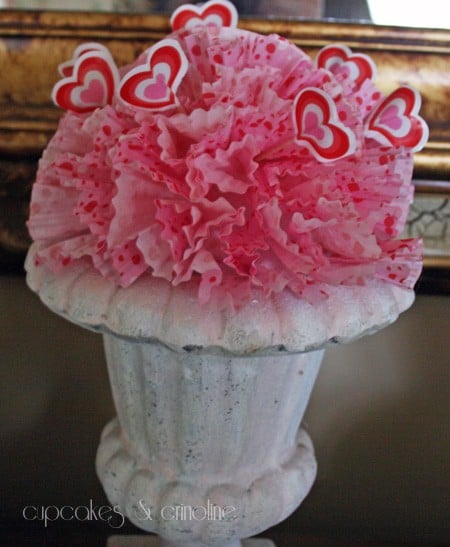 I added some of the heart picks to mine and will remove these once Valentine's Day is over and just leave this as a nice spring centerpiece.