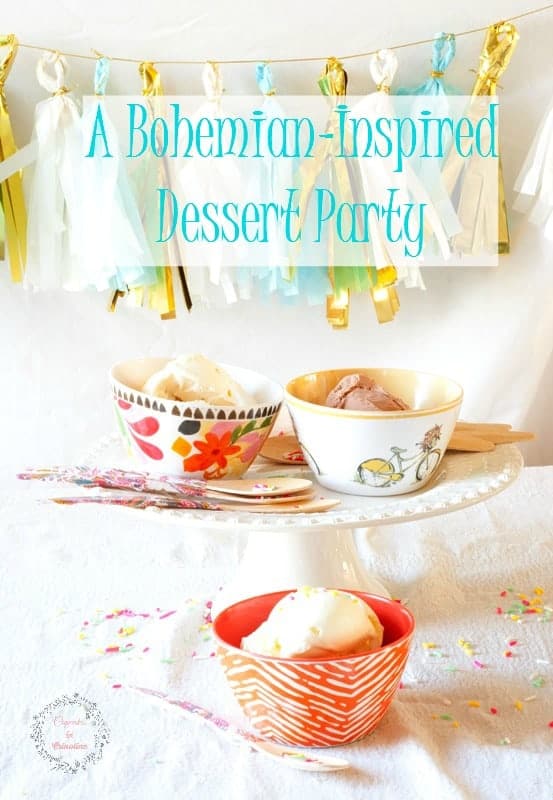 While the weather was so cold where I live my family and I enjoyed baked treats....cupcakes (of course), pies, muffins, and more but now that we are finally (yay!), getting a glimpse of spring it's time to celebrate.  We usually have a dessert on Sundays and this past week was no exception but for one thing....I broke out something, rich, delicious and creamy.....EDY'S® Frozen Custard.  Oh my goodness it was so tasty. 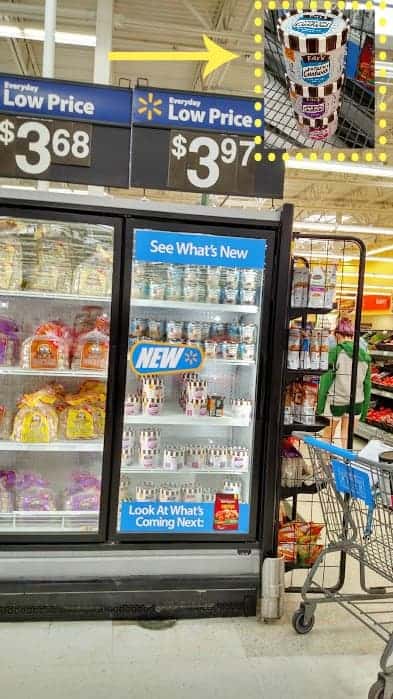 Friday was really nice here ~ bright, sunny and warm so we headed out for a drive and....I had to stop for groceries....which I pretty much do every time I'm out.  We went to a local Walmart and while there I spotted something I had never had before ~ EDY'S® Frozen Custard.  It's made with fresh milk and NO artificial colors or flavors.  I was checking it out (it was near the end of the produce and vegetable area in my store) and added three flavors to my cart.  I couldn't decide which to get and they all sounded delicious.  I decided to go with the Old Fashioned Vanilla, Chocolate Malt and Strawberry Shortcake.  No one had to twist my arm to get me to buy all three.  😉 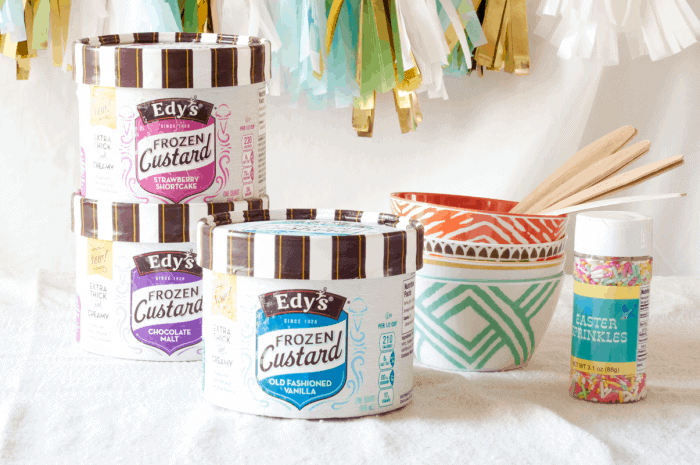 Sunday afternoon came and I decided to make it a party!

First up I decorated some wooden spoons with decorative tape ~ I was going for a Bohemian mood but truth be told my kids and husband didn't really care....they just wanted some Frozen Custard but I don't roll like that ~ I wanted to make it a PRODUCTION! 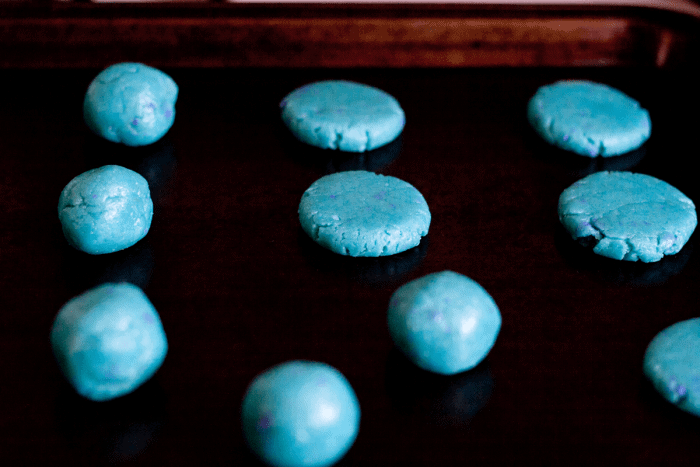 I baked up some blue raspberry cookies (aren't they a pretty color).  I rolled the dough into balls and then flattened them with a glass so that I could use them to hug the Old Fashioned Vanilla Custard ~ it's actually more of a squish but hug sounds friendlier. 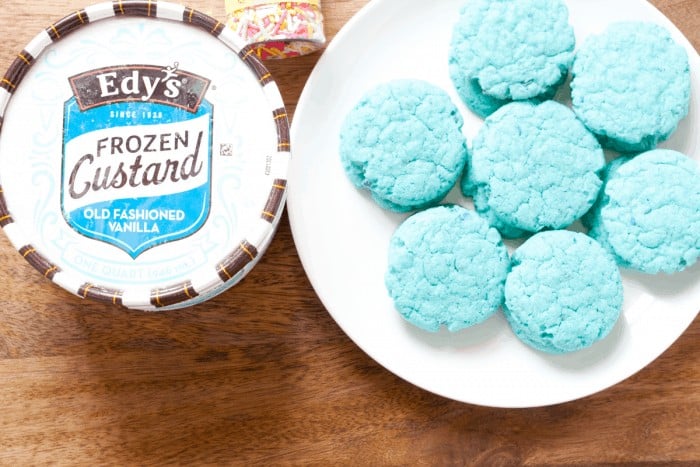 After the cookies were baked and cooled I got ready to stuff these babies with some Old Fashioned Vanilla Frozen Custard.... 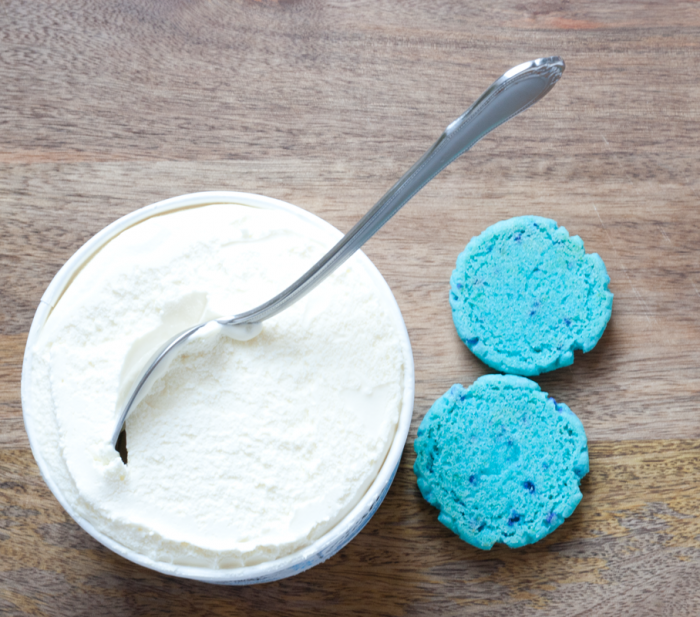 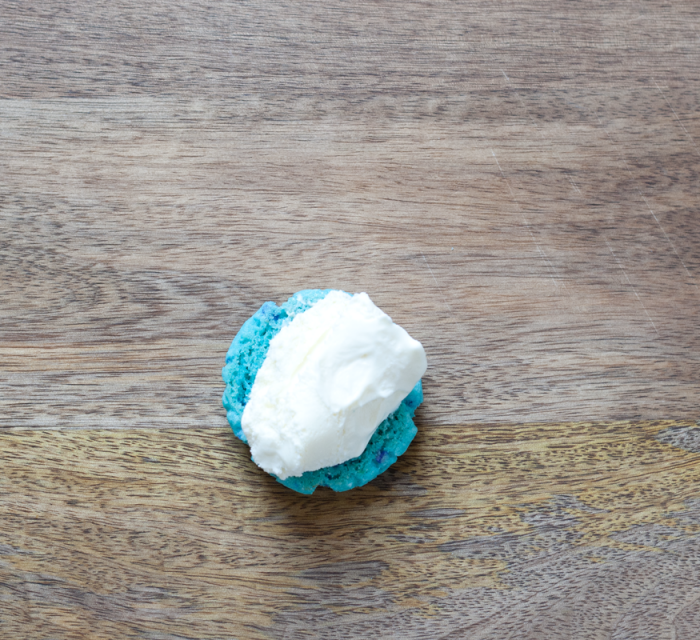 scooped some Frozen Custard into the center and then squished another cookie on top.... 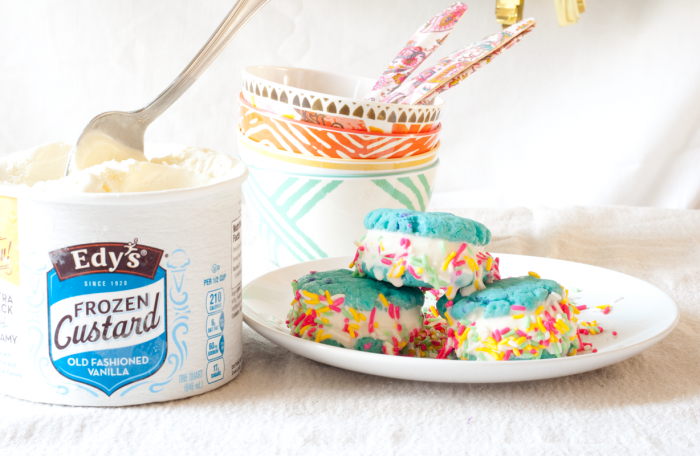 Finally, I rolled them into some sprinkles just to make them look pretty and I scooped out some into pretty bowls. 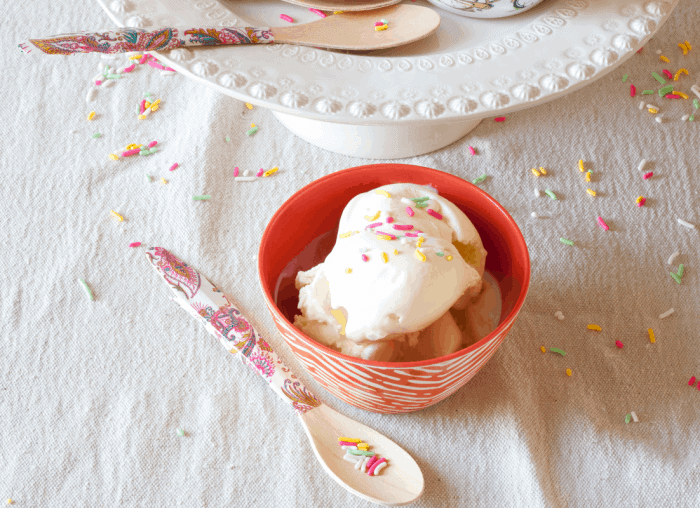 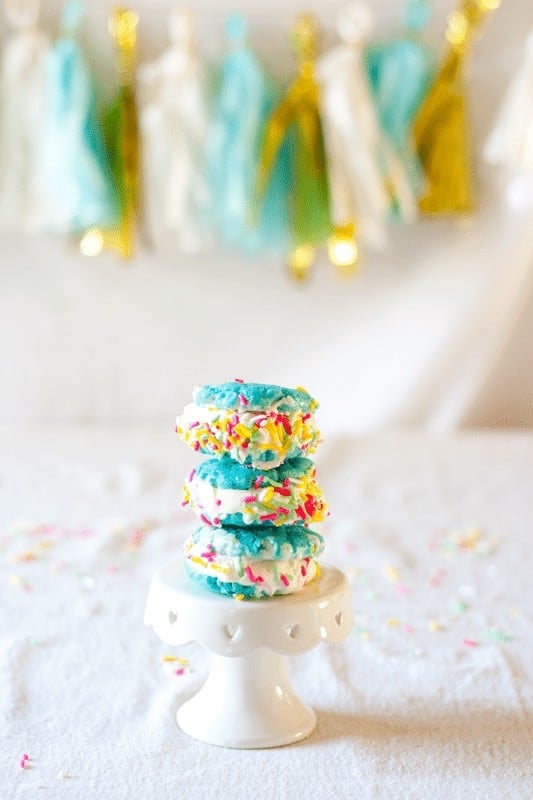 If you've never tried EDY'S® Frozen Custard you really should give it a try....it is so rich, creamy and delicious that my guys actually remembered its name and told me to buy more....yes, they've already eaten it all!  There will be in store demos so you can try some yourself from March 26th to 29th ~ here is a handy dandy list of the stores where the demos will be taking place --->>> EDY'S® Frozen Custard Demo Info

For some cute and easy ideas follow EDY'S® on Pinterest and Facebook {their Pins were super adorable and I already have ideas for next Halloween and there Facebook page was filled with some great stuff as well....I followed them both just so I don't miss anything.....I can always use some inspiration.  Oh....and on their Facebook page they shared some barn animal treats that I'll definitely be making soon....so darn cute (mooo, oink and woof ~ that's a clue).

So have you ever tried Frozen Custard before?  I hadn't as far as I can remember but now I have a new BFF 😉