I'm the mom of three sons and I always want them to feel confident and secure and that includes smelling good and is the reason I'm sharing this sponsored post on behalf of AXE.  All opinions are mine alone.

He Looks So Good

My youngest son is a mini fashionista.  He has a style that is nothing short of awesome and a personality to go with it.  I know I'm partial but he really is unique and that's just the way he likes it and me, too.  He doesn't go with the flow.

Last year for Halloween he wanted to be a businessman and asked for a suit.  I went to the thrift store and bought a suit coat, pants, a white dress shirt, and tie.  He was ecstatic.

We took the suit to the dry cleaners and left it in his closet until Halloween night.  When the day came, he put that suit on and it was almost as if his style destiny was etched in stone (at least for now). 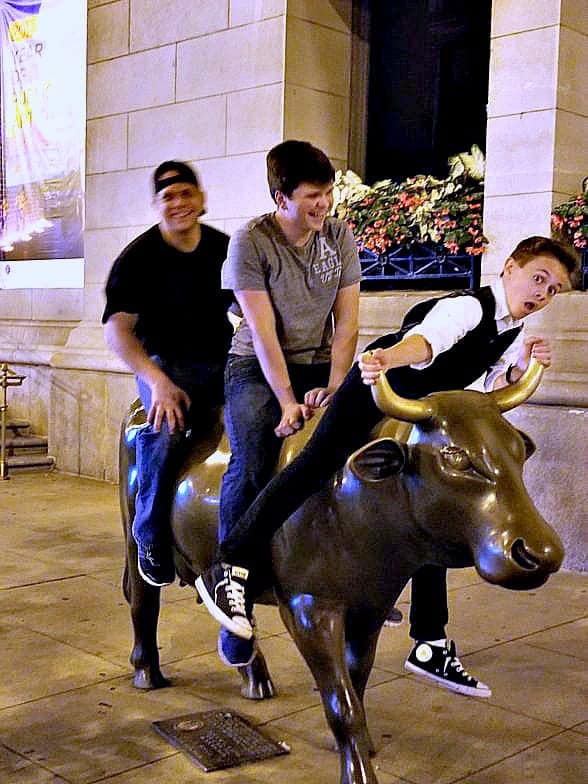 Since that night I cannot count how many times he has worn his suit and variations of it.  He always wears it with casual canvas shoes; another style option that is uniquely him.  In the last few months, we've added a few more pieces, a suit vest and another suit coat, to his core wardrobe.

But How Does He Smell?

That may seem like an odd thing to interject right here but it's something he has to consider.  I've been through the whole puberty boy thing twice before and I knew it was just a matter of time until those hormones kicked in and my once fresh-smelling 11-year-old became a stinky 12-year-old in a suit. 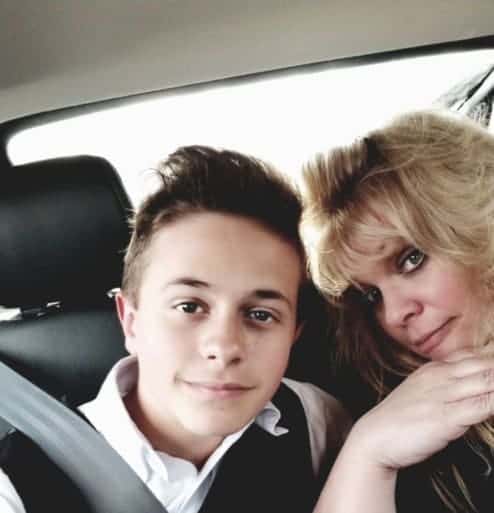 And, that's what happened.  He was going about his regular life, stylin' and profilin' when one day, he was hugging on his mama and I almost couldn't bear it.  I love his hugs but I had to hold my breath it was that bad.

That's when we had "the talk".  Not "that" talk but the talk about hygiene and how his body was going through some big changes.

He took it well and in usual Maxwell style, he embraced another opportunity to express his personality. 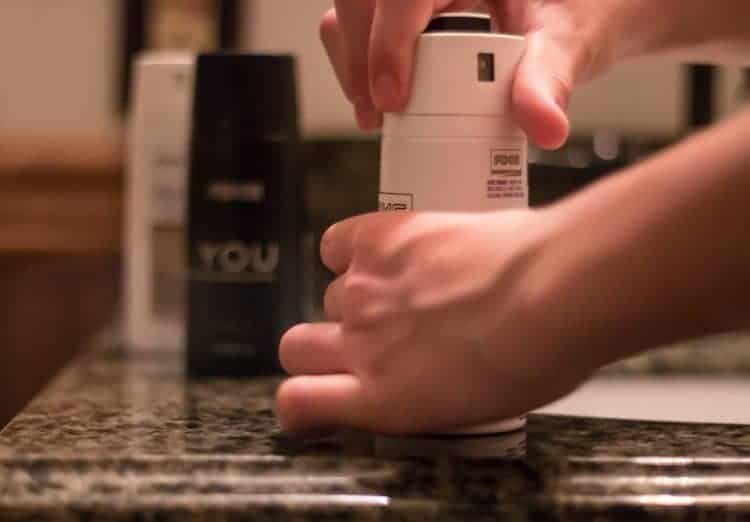 The AXE aroma is fresh and fun just like him and he appreciates that the Dry Sprays will not discolor his dress shirts, vests, and suit coats.  That was important to him and me. 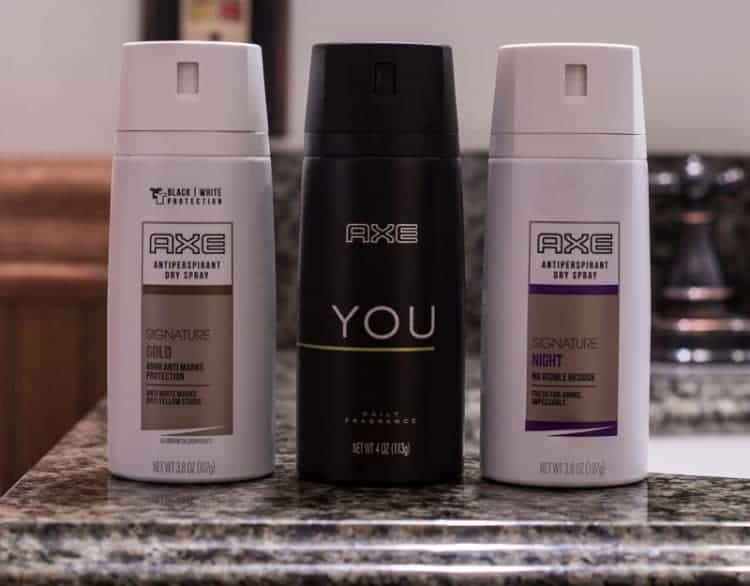 Before using the products we went through a boot camp of sorts where I discussed with him proper usage. Being a mom can be hard.  I wanted to spray my baby but knew it was best to teach him how to use the products.  This is a small but easy way to boost his confidence.

First, we covered the basics.  AXE Body Spray is just for the body, not the armpits, and AXE Dry Sprays are for the armpits, not the body.  64% of young guys think body spray and dry spray are the same thing.  In fact, 1 in 2 guys think that they should apply body spray to their underarms* 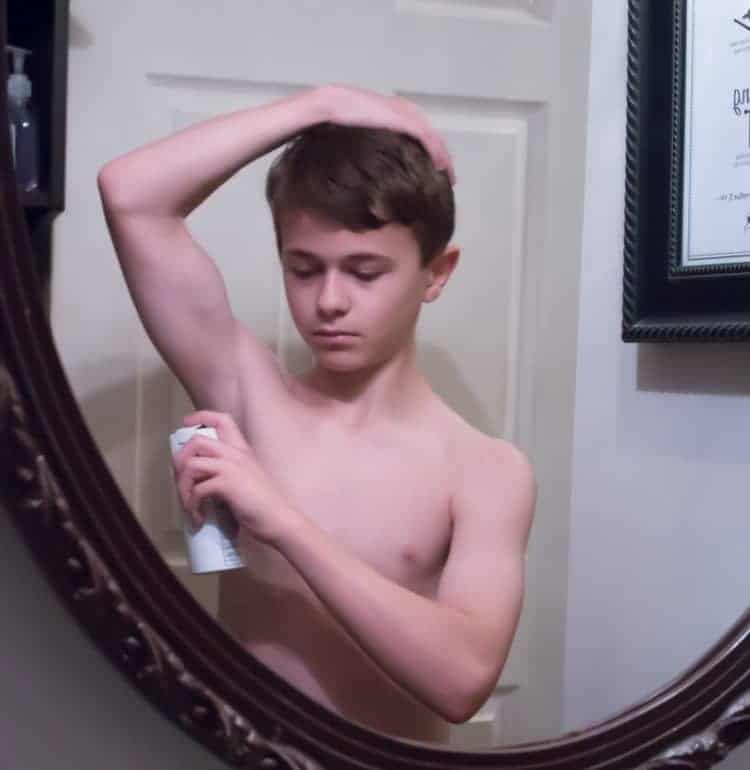 We found an easy way for him to remember this.

I had him practice several times, at first without actually spraying his chest, the best technique for applying the body spray.  It's simple for him to remember and allows the perfect amount of AXE Body Spray to be applied.

It's the AXE 7 method (that's what we call it).  We watched this quick video first so he would know exactly what I was talking about. 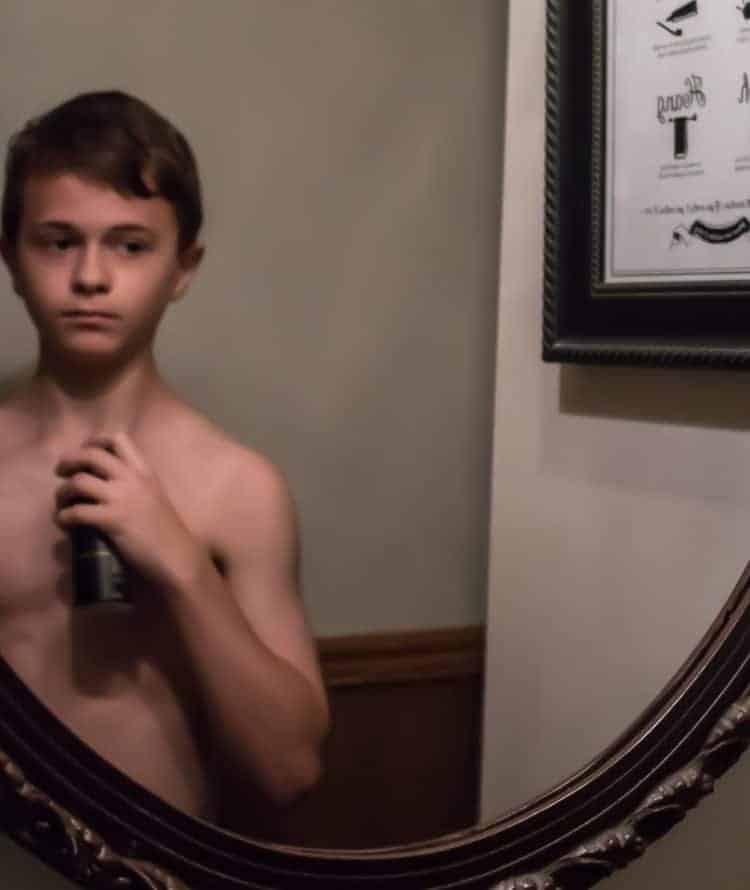 He started to spray at his left shoulder going straight across to the right then crossing his chest and midsection and ending at his left hip forming the number "7" while saying the word AXE.  He giggled.  I loved it! 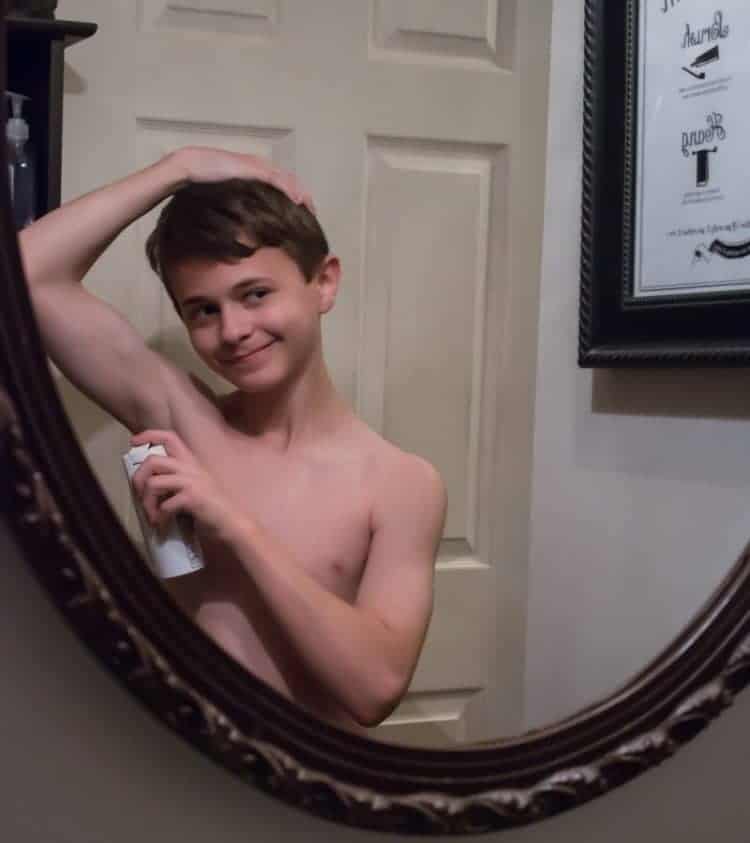 He then sprayed his underarm area with AXE Dry Spray antiperspirant which will help him stay dry for up to 48 hours.

He Looks Good and He Smells Great!

He was fresh out of the shower when we did this but within 30 minutes he was ready to conquer the world, or at least our neighborhood. 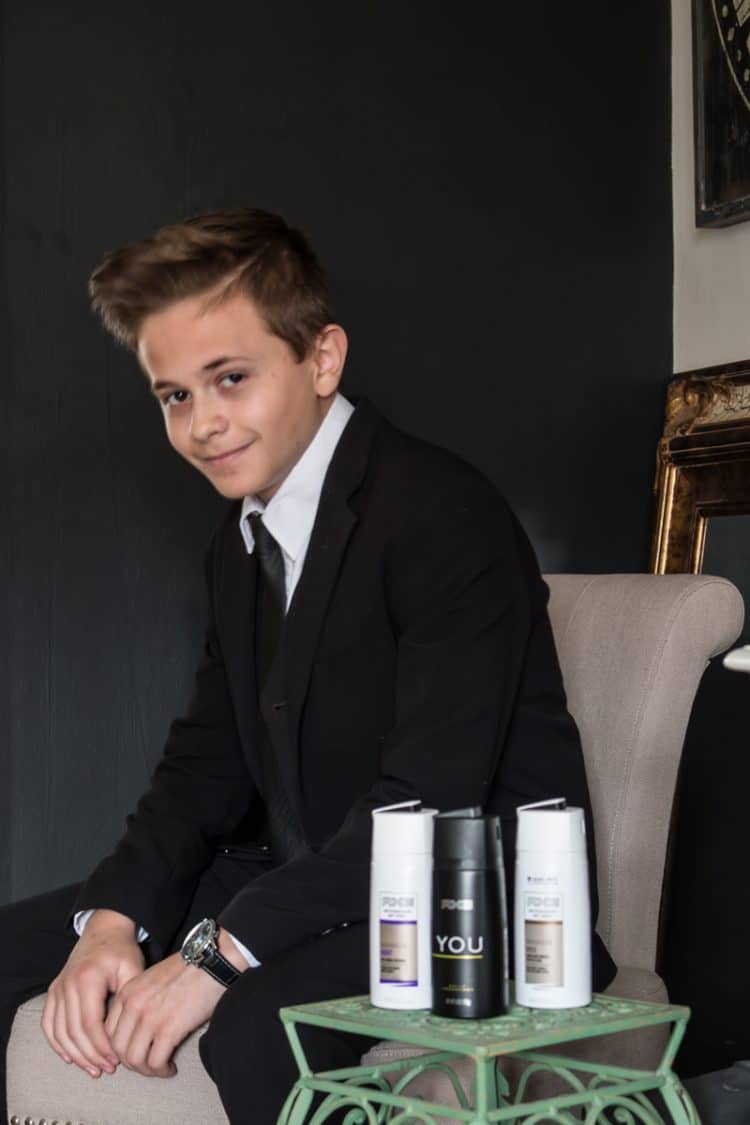 He looks good and he smells great! 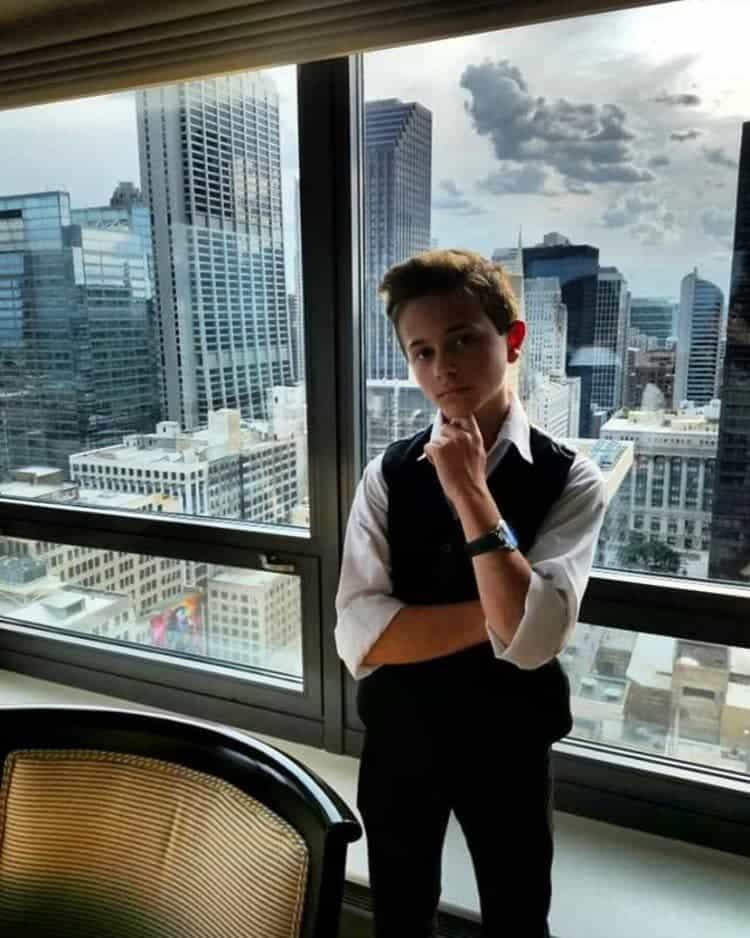 He's all set for the busy back-to-school season ahead and I feel so much better knowing I can cross one more puberty task off my list.

• This is a sponsored post written by me on behalf of AXE. 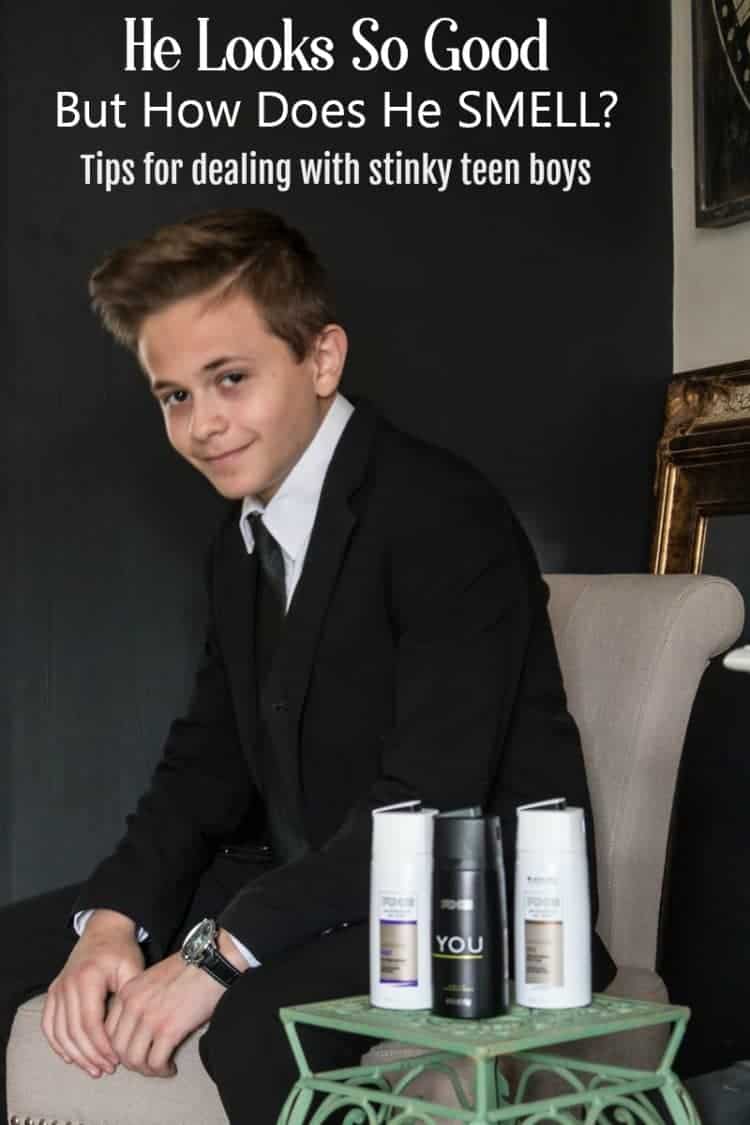