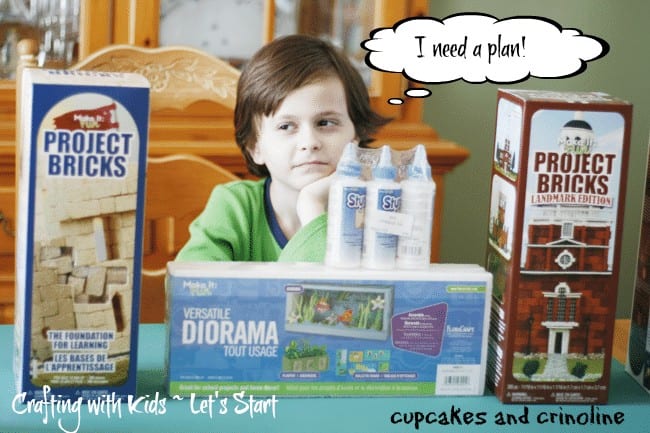 I am part of the Make It:Fun® Team.  I received compensation and complementary products in exchange for creation of project ideas. 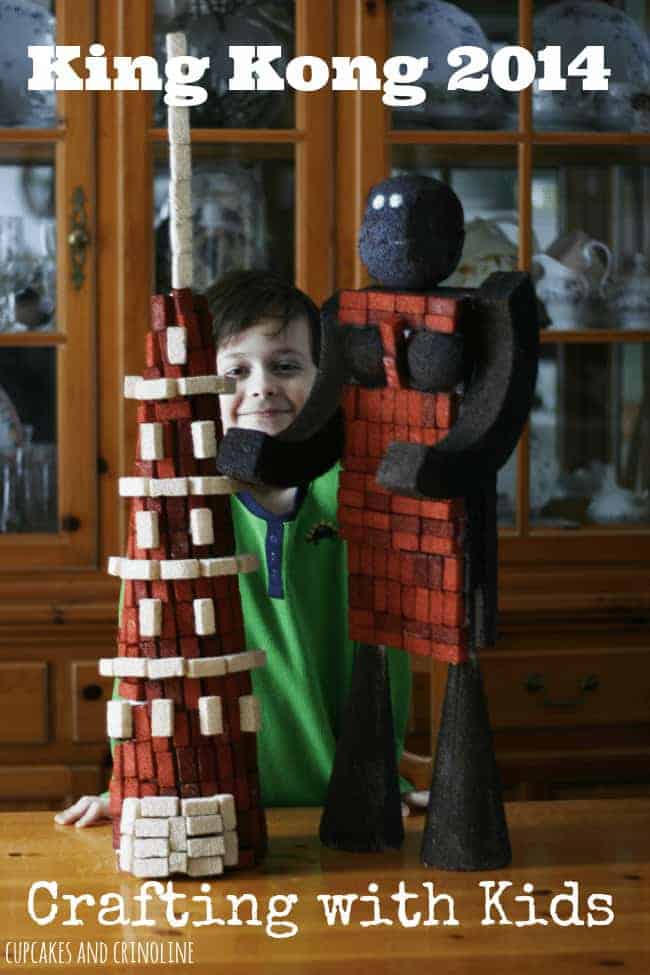 My youngest son has an imagination that just doesn't stop ~ which I love.  He's been on a King Kong kick for a few months now.  He loves King Kong.  He's watched the original movie from 1933 {he's an old movie buff, too ~ for only 8 he knows more about old movies than I do} and he likes to make his own movies.  He makes movie sets from boxes, bags, old toys....JUNK and then films amazing little bits that are actually fun to watch.  He's been wanting to make King Kong and the Empire State Building for a movie for a few weeks now so when we got our box from Make It: Fun® for this month's challenge ~ Crafting with Kids ~ he and I were both excited!  I told him to use anything and everything he wanted from the box {and my Make It:Fun® stash in my craft room} and he literally couldn't stop smiling.  I told him that any cutting needed to be done by Me ~ other than that he was free to create and create he did ~ the dining room table was in an absolute state of chaos for a week but the end result is something he loves. 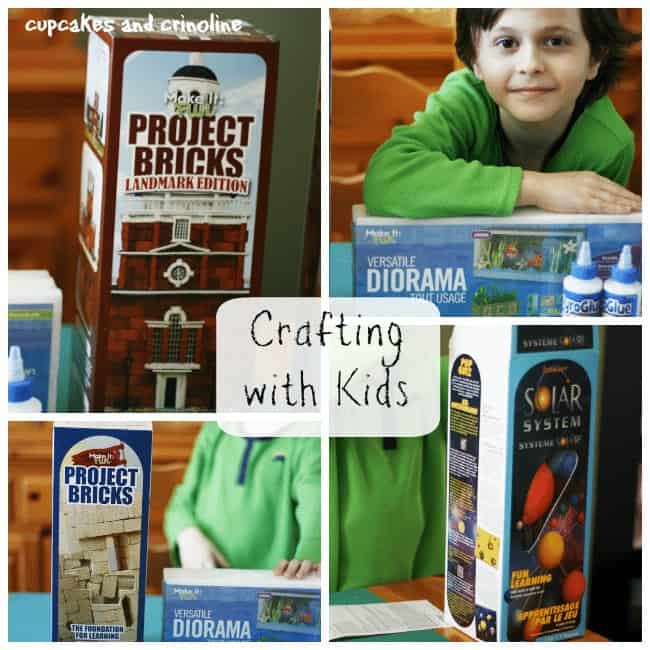 Make It:Fun® Cones in various sizes ~ Large for the foundation of the Empire State Building and 2 smaller cones for King Kong's Legs 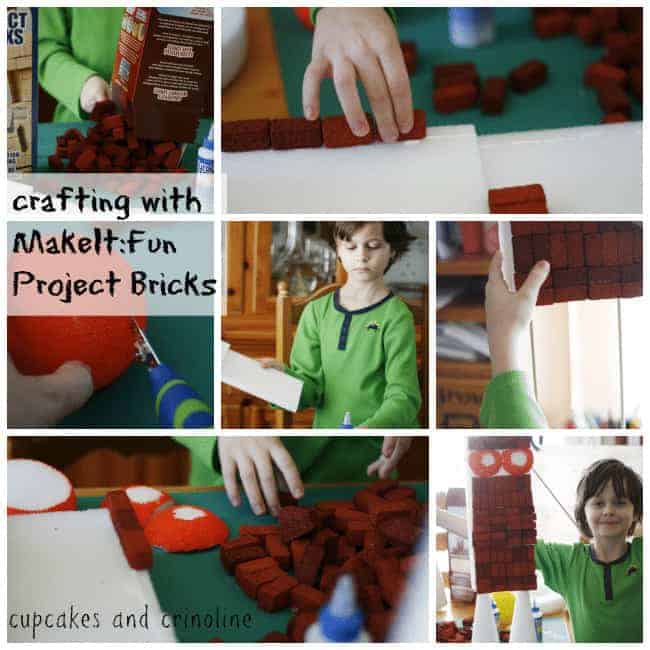 Max used the Diorama as a base for King Kong's trunk and added blocks on his chest area.  He left an area in the upper chest for his pecs ~ I cut one of the planets from the Solar System in half and then flattened the other end to be used for this.

The large ball for the Solar System was carved (easily) into shape and used for King Kong's head.

Cones were used for his legs.

A wreath was cut in half and then another 2 inches were cut off one end of each half for the arms.

When everything was assembled any areas that were white were painted.

For the Empire State Building:

Add a wooden dial from the Solar System kit to the top and add more sand-colored bricks. 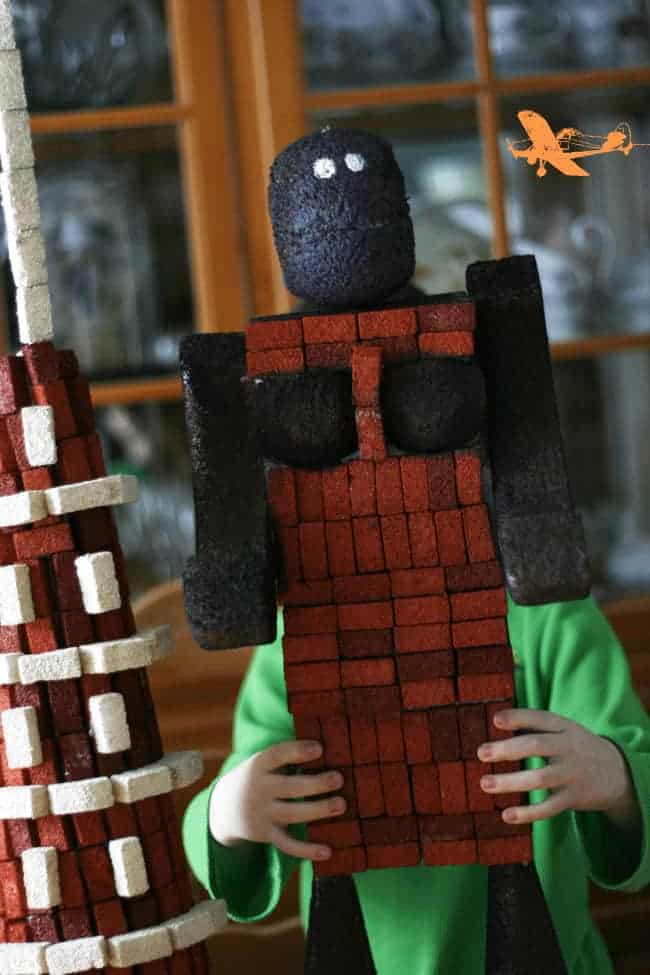 Make It:Fun® Products are wonderful and versatile ~ be sure to check out Make It:Fun Crafts and Crafts 'n Coffee for more great ideas!