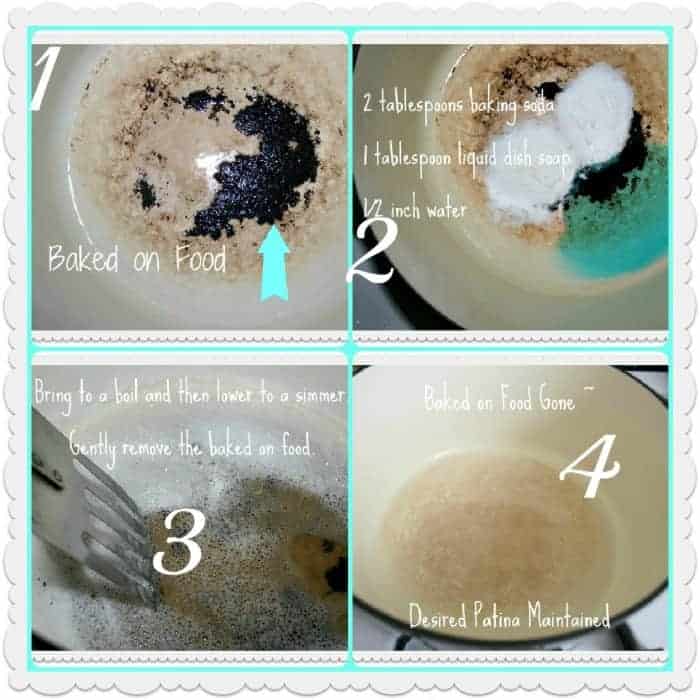 A few months ago I was given {jumping up and down} a Martha Stewart enameled cast iron casserole.  I use this often in both the oven and on the stove top.  I had been able to keep it pretty sparkly and new looking but we were invited to a picnic for the 4th of July......I made my 'homemade' baked beans to take and the hostess didn't want them to get cold so she heated them up.....way too long.....and I was left with a burned on mess on my previously unscathed almost good as new pot.  What to do?  Well, I soaked the pot washing it out after every soaking and I was still left with this. 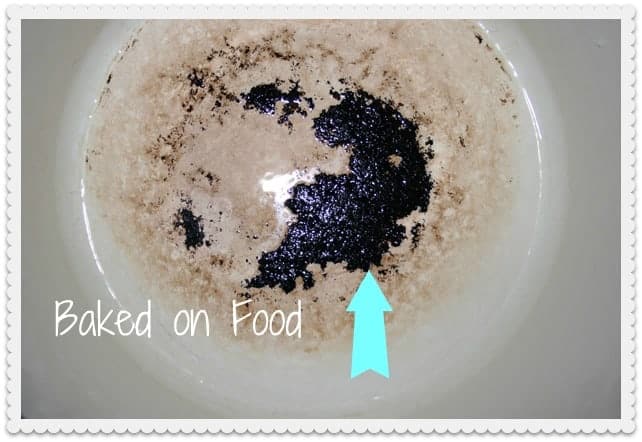 I knew I didn't want to use a Brillo pad on this surface so I brainstormed. 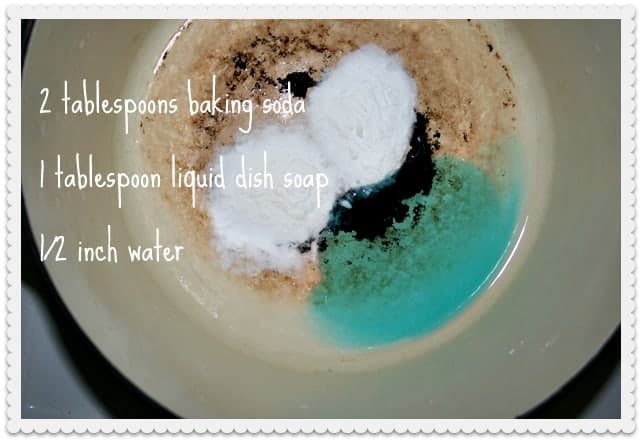 Since lately I have been using soda for just about everything under the sun I thought I would try it mixed with a little bit of dish soap and some water.  I put 2 tablespoons of soda, 1 tablespoon of dish soap and ½ inch of water in the pot and brought it to a boil.  I then turned it down to a simmer and after a few minutes I gently nudged the baked on food off with a metal spatula. 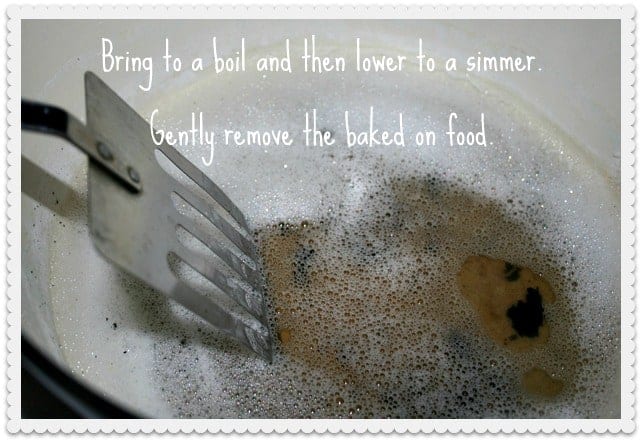 It came off easily without any effort.  I removed the pot from the heat, dumped out the water and after a few minutes used a paste of soda and water to gently wash the pot and I was left with a clean pot, no more baked on food and a patina on the enamel that while it was not present before this, it's a common occurrence on enameled cast iron and is considered a sign of well-loved cookware. 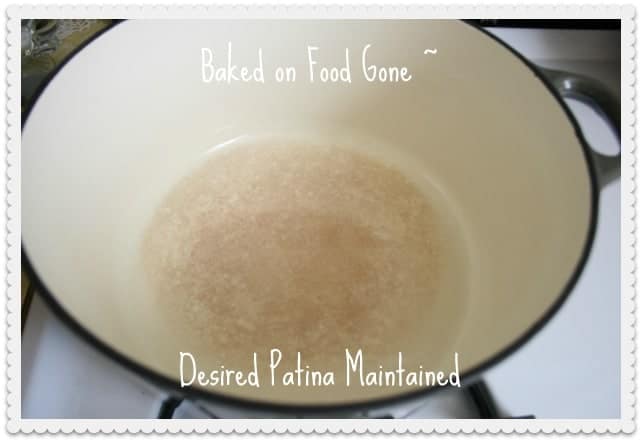