It All Starts With That First Step (or Ride)

Being a kid is hard.  A few years ago my family went through a very rough time.  Life changed for us all but one of my sons was affected the most.  He was at that age (pre-teen) when life starts to get difficult anyway and the events that unfolded hit him especially hard. 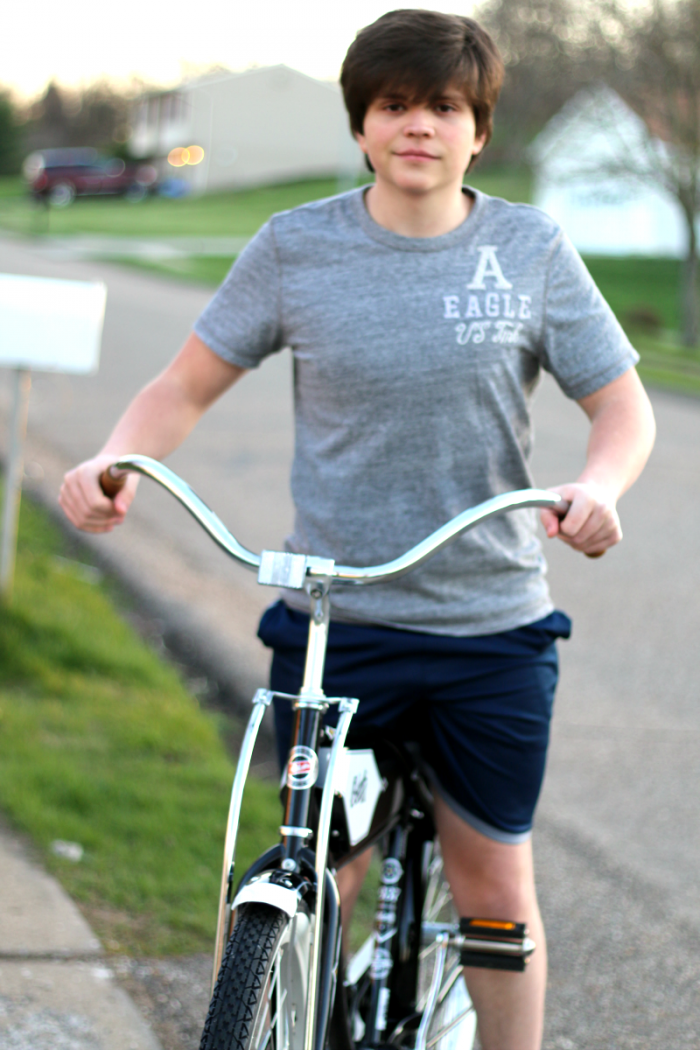 There were so many changes that, as a mom, I noticed but one of the most notable outward changes was his appearance.  He was always lean and on the low end of the weight scale for his height and age but all of the sudden he became less active. 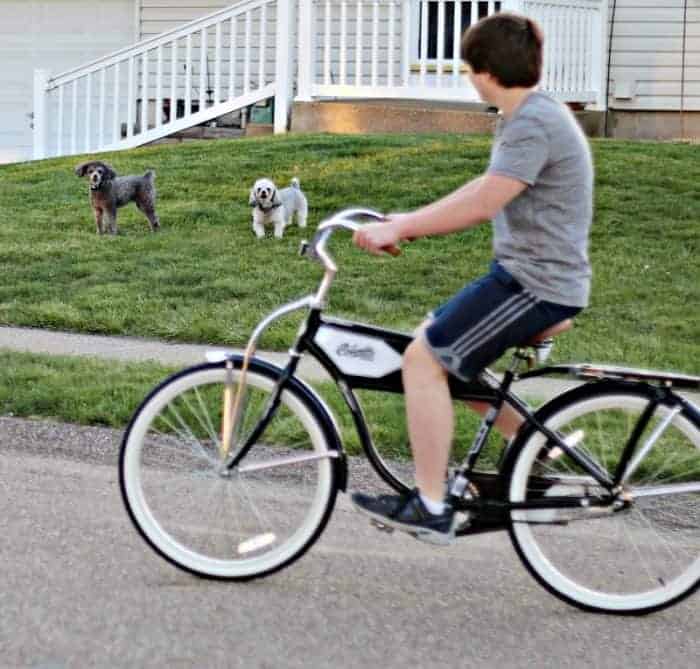 The problem became quite real when I took my kids for their annual physical and the doctor said there was a problem and that there were signs of a potential health risk if things didn't change.  Thankfully, that was enough for my son to want to make a change and boy did he ever! 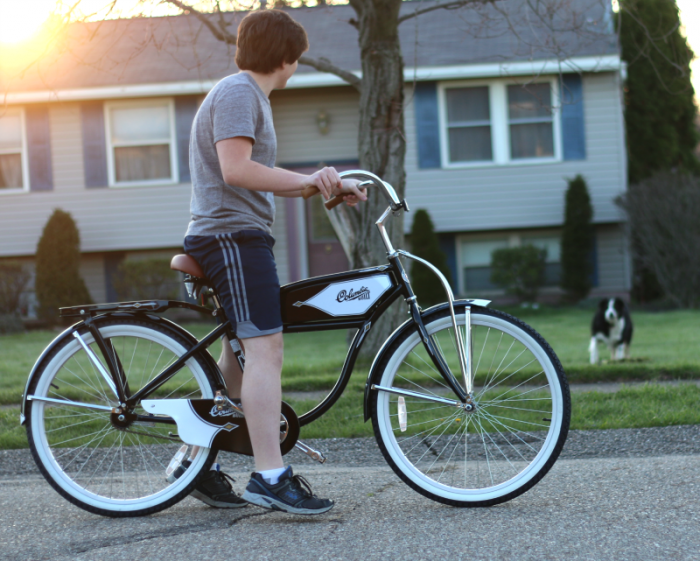 He started making wiser food choices.  He chose physical activity over watching television and playing games and he wanted to learn to ride a bike.

My oldest son, my nephew and I had all tried teaching him to ride a bike.  We weren't succeeding but then last spring something clicked! My husband had been ill for several years and had not been able to help in the teaching process other than some coaching but on this particular day he (my hubby) pulled a bike out of the garage and told our son to watch how he did it.  That day was the day that my two youngest sons learned to ride bikes.  Almost every day last summer into the fall, a few nice winter days and now this spring they ride, and ride and ride.  The look on their faces of independence is priceless! 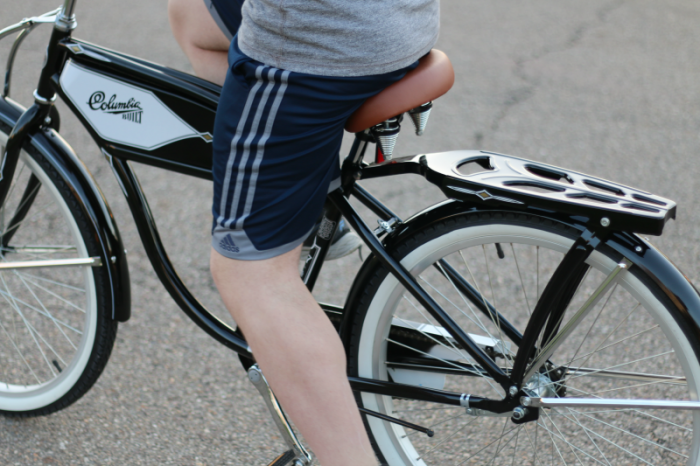 In the year between physicals my son lost almost 30 pounds and has turned into a lean, mean fit machine 🙂  He learned to ride on his oldest brother's bike but it was time to celebrate his success with a bike of his own and thanks to Columbia Bicycle his new ride is a beauty! It's an authentic Columbia design 1937 Retro Cruiser with an all-steel dimensional tank and chain guard and 26 inch hi-tensile steel frame and fork which is great because my kids can be wild and rough so it's nice that this is so strong.  The saddle seat is gorgeous with the Columbia name embossed on it and the hand grips.  My favorite vintage-y touches are the white wall tires, real steel fenders (front and rear) and coaster brake. 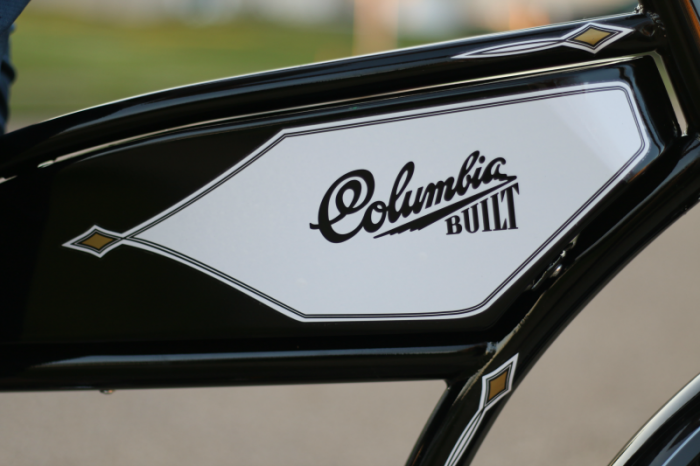 We had family over for a party the other day and my son showed off his new ride! Everyone loved the eye-popping beauty. 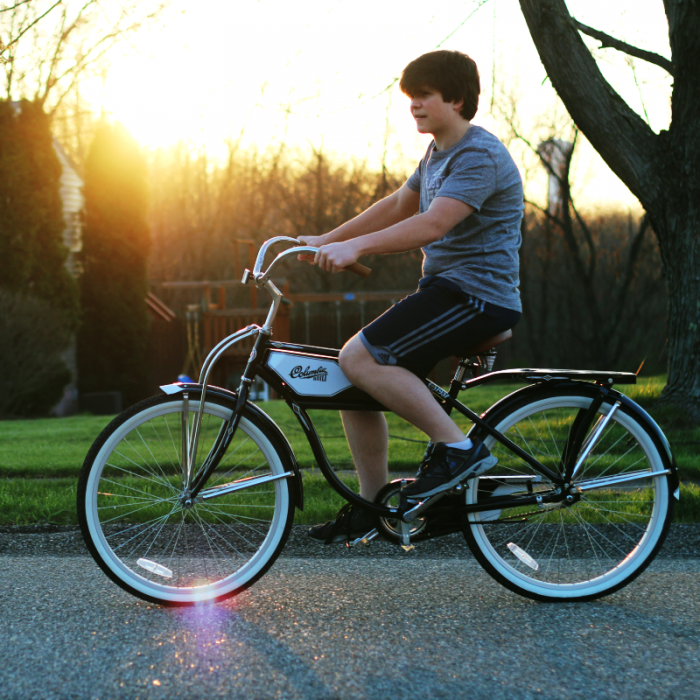 Just like my son started a new chapter in his story with his first bike ride Columbia's next chapter is being written with the release of their retro bikes.  Columbia started selling bicycles in 1877 before any other company in the USA.  They invented the tandem bicycle and they also built the "Playbike" which was the most popular kid's bike in the 60s and 70s - remember "banana" seats anyone, and now they're releasing an entire collection of retro-vintage bikes.

My son's bike was from Walmart but you can check for more Columbia Bicycles in retro styles at Toys R Us, Target, Amazon and Dicks retailers.  After seeing my son's bike, I want one of my own.

“This post is part of a social shopper marketing insight campaign with Pollinate Media Group® and Columbia Bicycles, but all my opinions are my own. #pmedia #RideColumbia https://my-disclosur.es/OBsstV”