Snacks, Snacks, Snacks ~ it seems so easy when they’re little.  You buy something cute and tasty and they love it, but as they get older, well, tasty still cuts it but cute has become a thing of the past.  Up until just recently I could get the same snacks for my two younger boys but now that we are in the teen years, that’s just not working….until I found Goldfish Puffs at Target {you can see my shopping trip here on G+}. 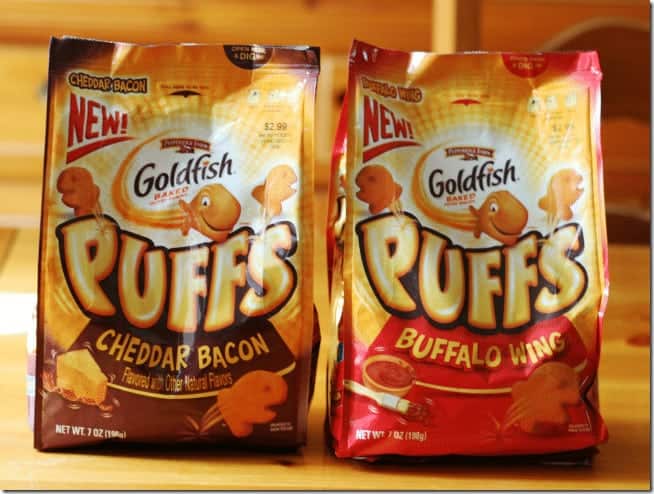 {Do you like my Goldfish Puffs side-by-side comparison with the standard no-puff Goldfish?} 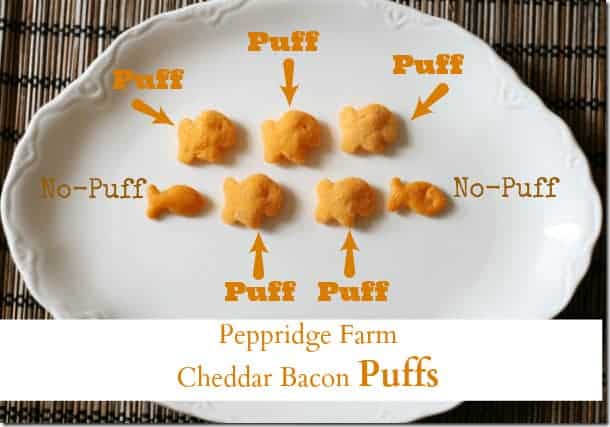 They even come in a cool, chip-like bag that has it’s own Seal Tab® {now I have no need to worry if a certain someone put a clip on the bag or just put it back into the pantry wide open}. 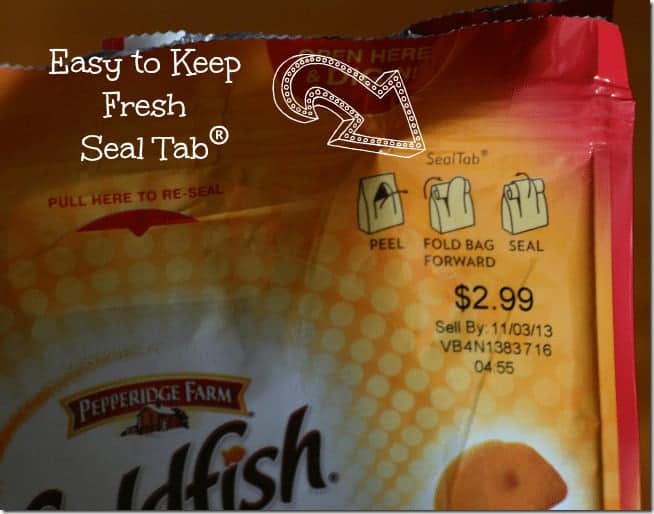 You Have to Eat Your Fruits and Veggies with Your Puffs

I have a thing for never leaving things well enough alone.  Sometimes that’s a good thing. I found a few simple ways to encourage my teen to eat his fruits and veggies. 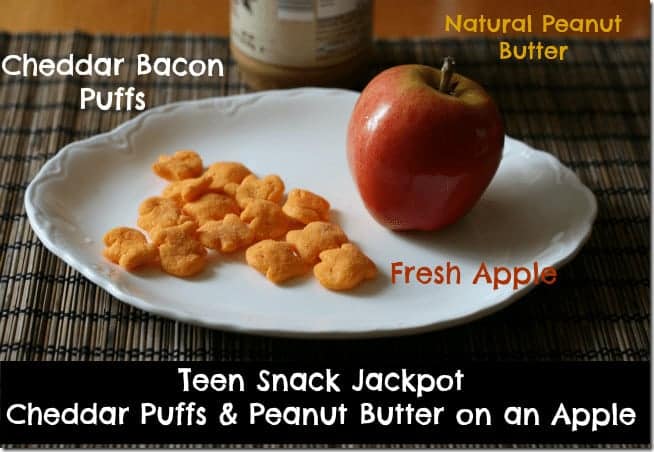 This is an easy to make and delicious to eat mid-morning or afternoon snack.  I took an apple, sliced it up, covered one side with natural peanut butter and topped it off with a Goldfish Puff. 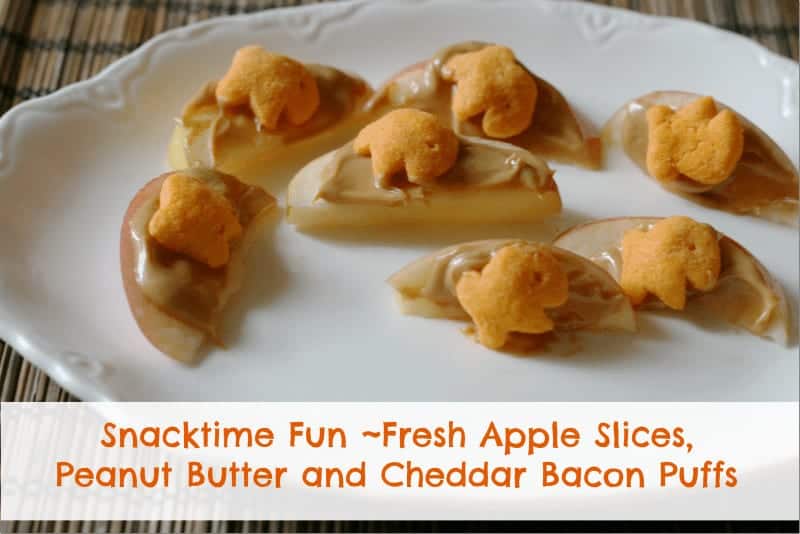 These were a hit ~ as you can see by the plate below.  P.S. These two weren't left for long…as soon as I snapped the picture, they were swimming downstream. 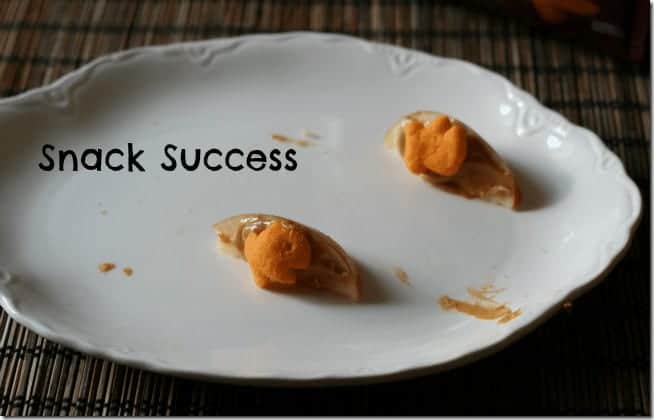 Next up in my teen snack experiment was a salad.  I made a regular salad but instead of topping it with croutons and cheese, Goldfish Puffs were the topper of choice.  The only problem, I didn't add enough Puffs per my teen….with the addition of some more the salad was a hit! 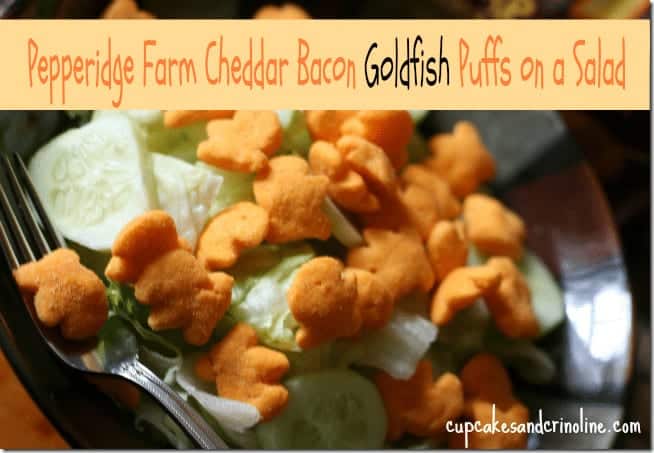 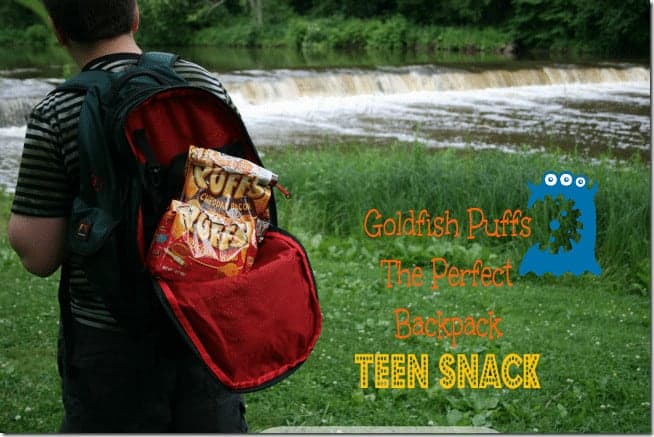 Our last teen snack success was packing up the Goldfish Puffs for a day at a park in the country.  These were easy to transport, easy to seal up and easy to eat!

My oldest son goaded his little brother into sneaking some of the Goldfish Puffs out of J’s backpack ~ the video below shows what ensued!

My family and I love the traditional Goldfish Snacks and now we have a bigger, puffier version to add to our snack list!