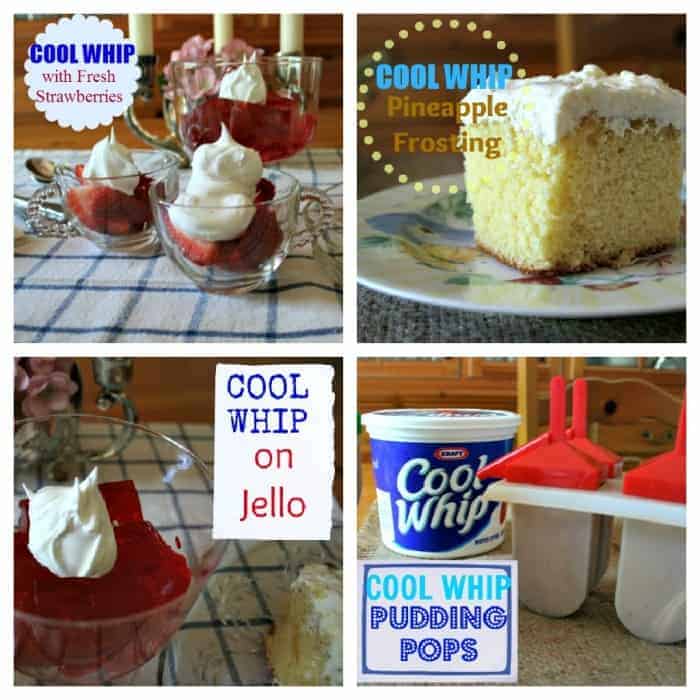 Dessert is always a special treat....but what makes it extra special in our house is COOL WHIP Whipped Topping. 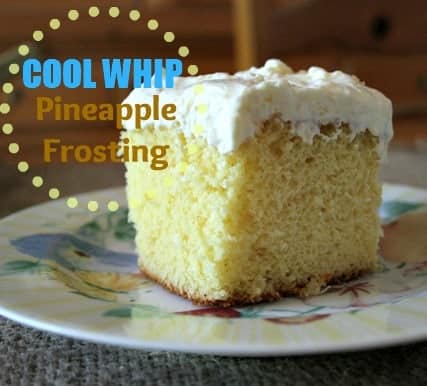 I love to bake and when I make a cake, whether it is from scratch or from a box, the frosting is what gives it that extra oomph.  I prefer a frosting that is big on flavor but not heavy.

Spread mixture on cooled cake and refrigerate until ready to serve. 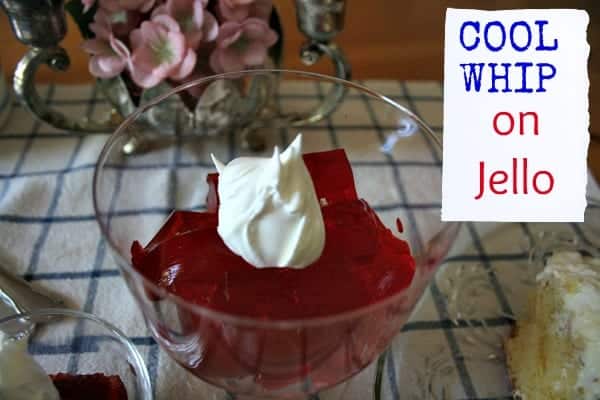 When I was growing up were rare but when my Mom made Jello I knew that COOL WHIP was in the wings and when the Jello was served, the COOL WHIP was right on top.  Jello and COOL WHIP are still one of my favorite . 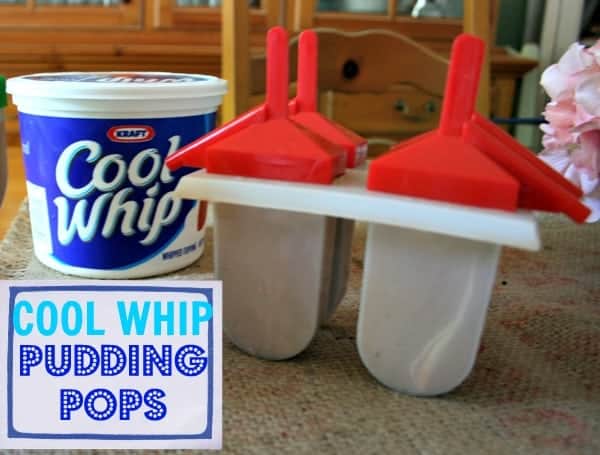 The kids really like pudding pops and adding COOL WHIP to the mix improves the texture of the pops making them smooth instead of icy.

1 small package of instant pudding mix {flavor of your choice} 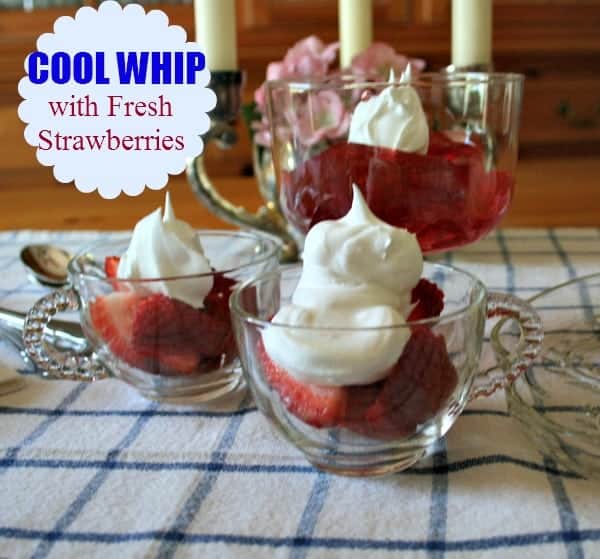 Fresh strawberries are in season and our family likes them for dessert with some Cool Whip on top.