This shop has been compensated by Collective Bias, Inc. and its advertiser. All opinions are mine alone. #ShareYourMiracles #MiraclesFromHeaven #CollectiveBias

Have you ever been looking for a good movie to watch? Something that everyone in the family would enjoy and maybe even be inspired by? We were itching for a movie like that last week and my friend Deb told me to watch Miracles From Heaven.  She said we would love it so we took her advice and I am so glad we did. 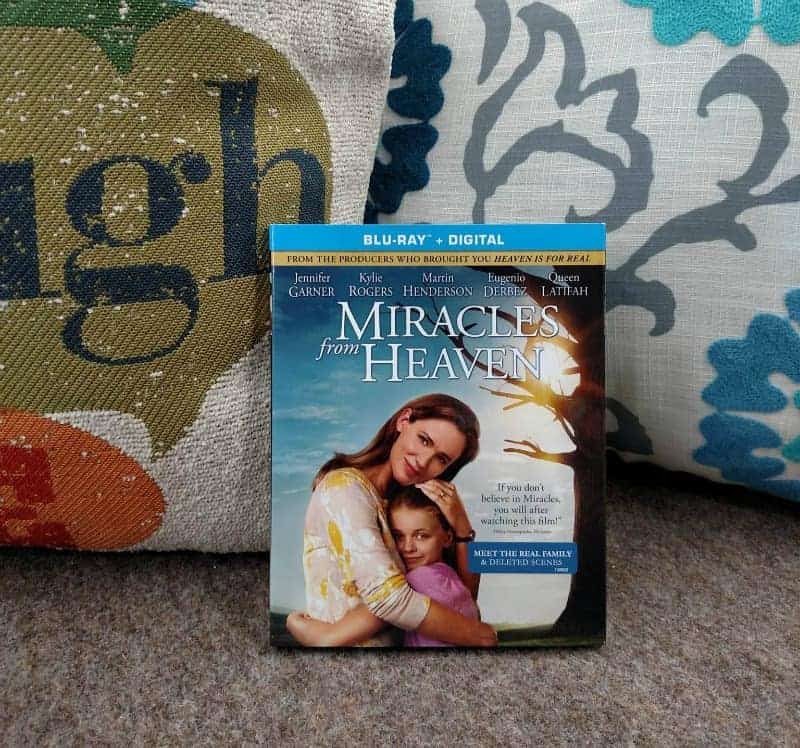 In a nutshell it's the story of the Beam family and how they dealt with the illness, and ultimate healing {yay}, of their middle daughter.  The movie was filled with Love, Faith, Spirit and perseverance.  It was one of those movies that got me thinking, in a very good way, about life's moments...about times that can seem so hard but that can lead to something better than you could imagine.

In particular I was thinking about my oldest son.  When he was still a little guy I became a single parent. I had always been a stay-at-home mom and at that point I needed to get a job to support us all. Leaving them was one of the hardest things I had ever done. My oldest son had been homeschooled and we continued the process which was not easy at times but he was determined and worked hard at it learning much on his own so that I wouldn't feel overwhelmed. He went on to successfully graduate from high school and even earned a diploma from our local school district for completing a senior project and complying with all of their stipulations to obtain a diploma. 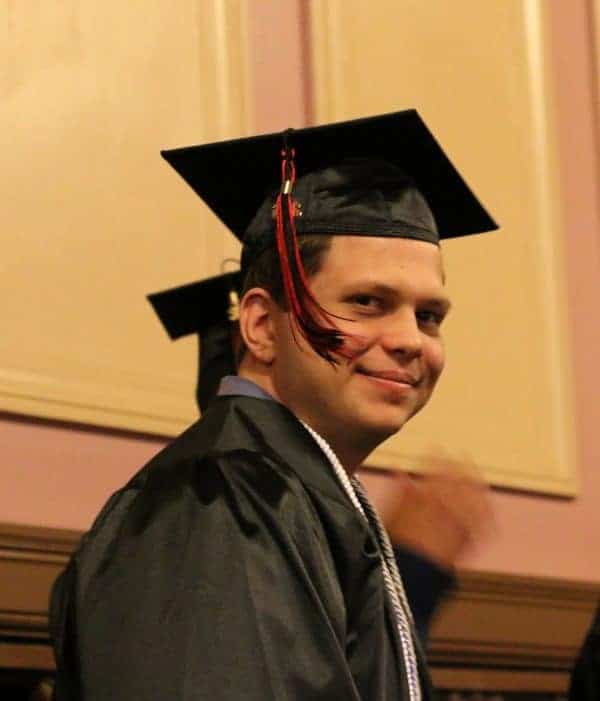 After graduation he wasn't sure what he wanted to do and so he got a job...a very hard one at that. I prayed and hoped that he would seek something more....I wanted a better life for him and I wanted him to do something he would love.  He saved his money and out of the blue (not really....I knew God was working on him) he decided to go back to school and get a degree.  He paid for everything himself and continued to work while going to school. 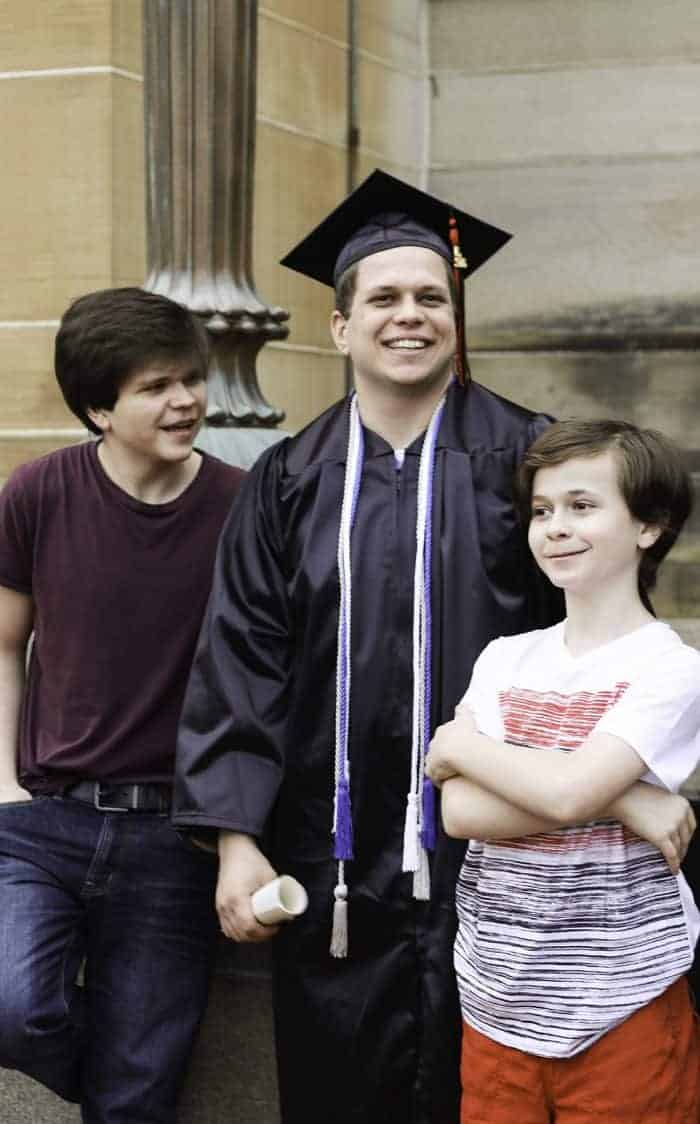 This year he graduated with honors and also received a special award "for outstanding achievements in demonstrating excellence in leadership and perseverance......" As I sat there in the audience I fought off tears and was so proud of the man he had become in spite of the obstacles he faced knowing that God, faith, prayer and love was what got him there. 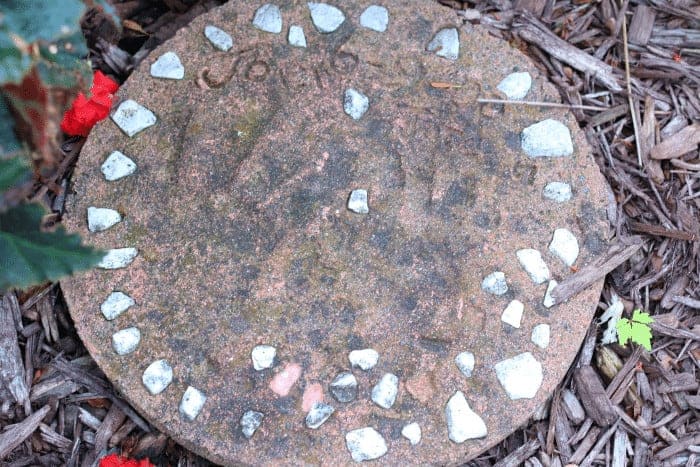 So now how does this all tie into stepping stones you may ask? One of the last crafts I made with my two oldest sons was a stepping stone and a decorative stone for our garden...this was the summer before our lives changed. 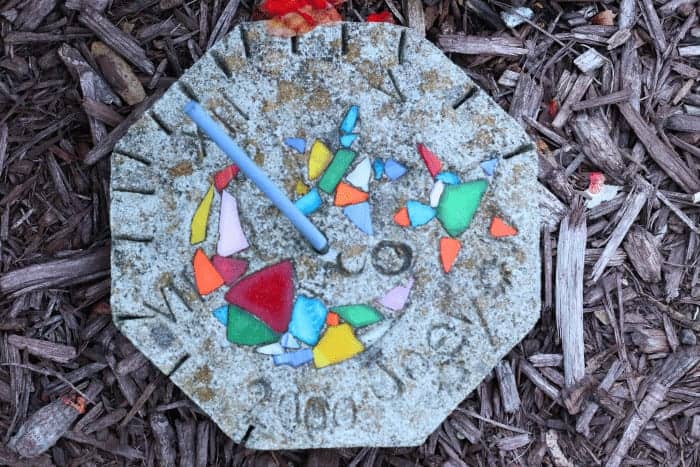 In the following years there were very few crafts..... 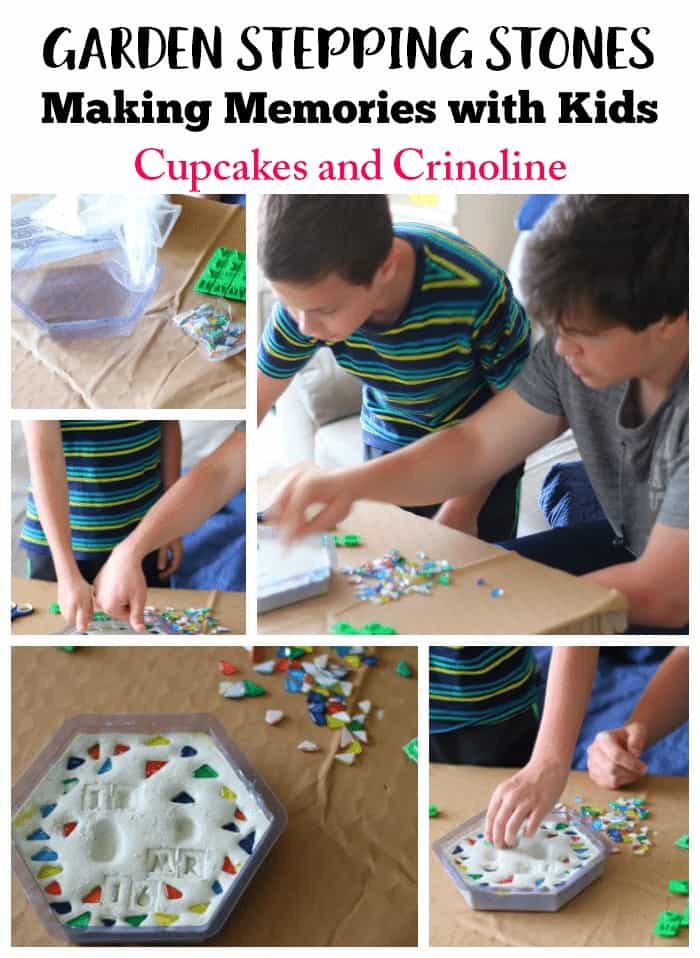 but after watching the movie...again, it got me thinking, I decided to make a stepping stone with my middle son and youngest son.  I bought a kit...only one (what was I thinking?). Their hands were too big for two hand prints on one stone so we compromised and did thumbprints instead.

They had fun adding their initials, the year and some gems to their stone and I had one of those wonderful "mom moments" watching them.  Our new stepping stone will be dry in a day or two and we'll place it in the garden with the other two stones....

All of this was sparked by watching a good movie! We bought our copy at Walmart (available on Blu-ray, DVD & Digital) and for every Miracles From Heaven DVD purchased $1.00 will be donated to the Children's Miracle Network - now that's wonderful. 🙂