The Ultimate Gift Guide for Gamers

Everything from Big Ticket Items to Smaller Stocking Stuffers

If you saw our Family Game Night Gift Guide then it's probably a bit obvious that my family and I love to have a good time!  I realize board games are really fun especially when it comes to engaging with others and sharing laughs, however, this post is going to be geared toward the modern, console-gaming family. If your family enjoys playing video games like mine does, then you can appreciate some food for thought for game recommendations. I do own some of the games I list in this post, however, I am also going to share with you the games that are on my family's wish list this Holiday season. 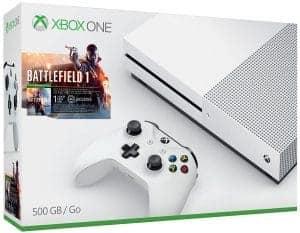 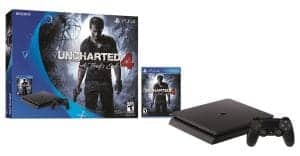 My family owns both Xbox One and PS4, but we primarily play as a family on the Xbox One console. 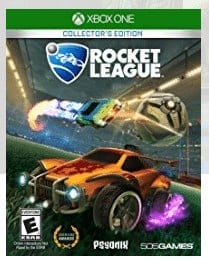 The first game that I hope Santa brings us is Rocket League Collector's Edition for Xbox One. This game features tons of battle car customization, a season mode for a nice single player experience, but a lot of people play this game mainly for the multiplayer. It features up to 8 people online and up to 4 people playing local multiplayer (couch co-op). 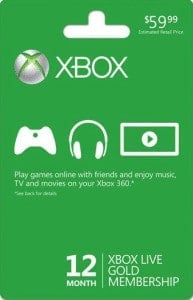 If these offerings weren't enough, you can take yourself and up to 3 other players in your home and compete against other people online if you have an internet connection and an Xbox Live subscription. This game has the potential for endless hours of fun and the nice part is that there's an E for everyone rating, so you don't have to worry about younger children playing something inappropriate. 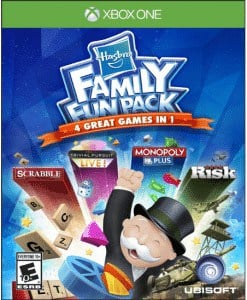 Next on our wishlist is the Hasbro Family Fun Pack for Xbox One. This game has four classic titles in it's lineup: Monopoly Plus, Risk, Trivial Pursuit and Scrabble. You can have the fun of board games with the added benefit of not having to set it up. No cards, no mess, no fuss! 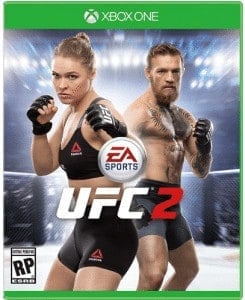 UFC 2 for Xbox One is a great game that I recently picked up through my EA Access subscription. This one is for older teens and adults, because of the blood and violence. The game has fantastic mechanics in it. I don't really watch UFC, so I can't comment on the realism or lack thereof, however, I can tell you that the controls feel more fluid and the grapple and submission system is more clear to understand than the first UFC game for Xbox One. Don't get me wrong, the first UFC game isn't terrible, it's just that UFC 2 is much better in my opinion. 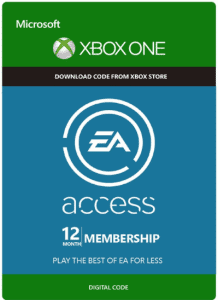 Also, to expand on the mention of the EA access subscription, you should really check that out, because my family gets a lot of entertainment out of it. It is a good value for the money. As of right now, they're advertising 35+ games in the EA Access Vault. It also states that the service is $4.99 a month. My family purchased a 12 month subscription for $30. I really enjoy a lot of the games in the vault. 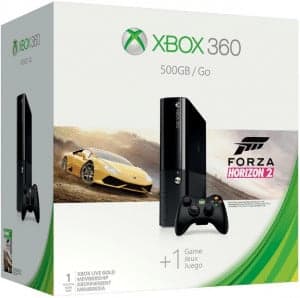 Some are from the Xbox 360, an older generation system, like the amazing sci-fi  Mass Effect Trilogy that they recently added. 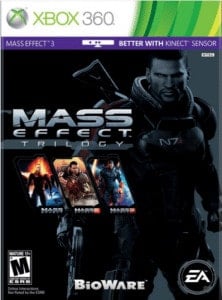 I didn't link to the 4GB model first even thought it is an Amazon best seller and under $180.00 because I don't think that model has enough hard drive space to download and install many games which is something to consider going forward.
An EA Access  subscription allows you to download and play games as if you owned them, however, you don't actually own these games. If you let your membership lapse, the subscription-only games will no longer be playable but you can still choose to buy games outright. Here are some of the perks of an EA access member: EA Access members save 10% on EA digital purchases on Xbox One including full games, pre-orders, and DLC (downloadable content). You can also try upcoming EA games before launch day, no purchase necessary and keep your save progress if you decide to purchase the game.
Just a quick heads up, the newest EA games are not always available on EA Access. I've observed a pattern where it seems like they will release the newest sports games later in the season. Take for example Madden 16 which is available in the vault of games. That game came out in season, in other words it was the newest Madden game available at the time. 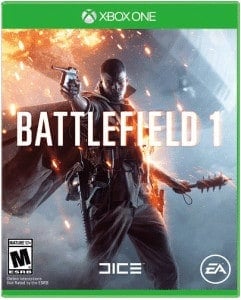 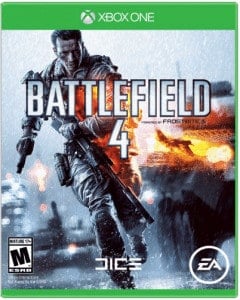 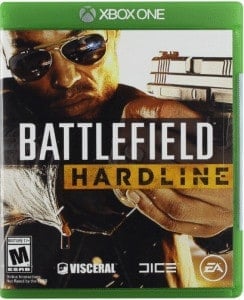 The latest first person shooter, like the latest Battlefield 1, is not available in the vault to play at the moment, however Battlefield 4 and Battlefield Hardline are available in the vault and accessible now. Battlefield 4 is a great game with lots of value. This is based off of my personal experience with the game.Finally, I should mention that EA Access has a great variety of sports games, sci-fi, role playing, first person shooters and arcade games as well.
I hate to admit it, but I'm kind of a nerd. My hobbies would probably leave some of you scratching your heads. Like my fascination with Wi-Fi routers and the newer "Wi-Fi systems" they have available for homes. You might be asking yourself, "why bring this up"? Simply because you need access to an internet connection to play any of the EA access games. Even the single player games, because you have to download them and download any updates they might have available. Let's not forget that you may consider playing multiplayer games online. For me, that's where the fun is at! 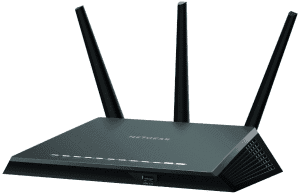 It is essential for you to get a decent router for your gaming needs. I own and love my Netgear Nighthawk AC 1900 Wi-Fi gigabit router (R7000). You also need to make sure you have a good internet connection from your internet provider. If your connection is slow and unstable, then the router will not help you out. 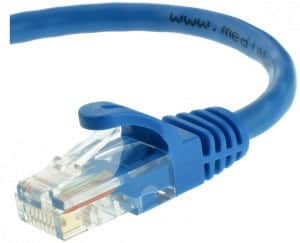 Also, if you are really competitive and want to play shooters online, consider hard wiring your console to the router with an ethernet cable. They are reasonably priced nowadays and I recommend nothing longer than 25 feet. The shorter the better, because the longer the distance, the more things get complicated like the wire snagging and getting damaged or difficulty hiding the cables so they aren't visible. If you're someone who has installed cable for a living, maybe you're an electrician or perhaps you're just handy...then by all means go for the longer cable if you know how and where to drill holes and conceal the cables efficiently. If you're like me and not going to go through that extra effort, you'll settle for a shorter cabled, more practical approach. If you have to go wireless that's fine too. The Netgear router I listed above is good at both wired and wireless connections. That's been my experience with it so far. 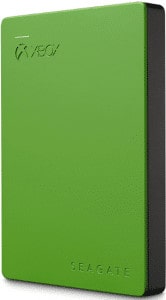 Some final things to consider are accessories. You may want to pick up an external hard drive like this 2TB Seagate game drive for storing your games, game download content, updates and game saves. It's really simple to set up an external hard drive for Xbox One. It's pretty much plug and play via USB. If you want an even larger hard drive, you can pick up this 4TB offering from Seagate. 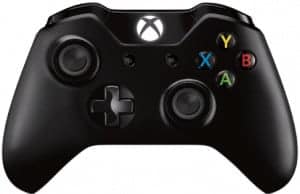 Don't forget to get some extra controllers for other members of your family or friends so you can play together. 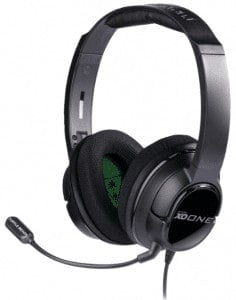 If you want to play games by yourself or online, I highly recommend this Turtle Beach Headset. I personally own this one and can't imagine playing my games any other way. Simple to set up, excellent sound and microphone for talking to friends online. 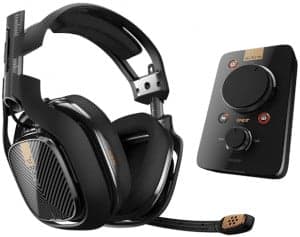 If you want to go for something even better Astro Headsets are the way to go.  One of my sons has these (he is a competitive gamer) and they have made a huge difference in game play for him. 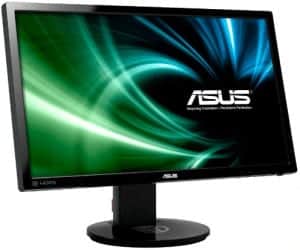 He also uses an Asus HDMI Gaming Monitor, which is dedicated to just gaming. 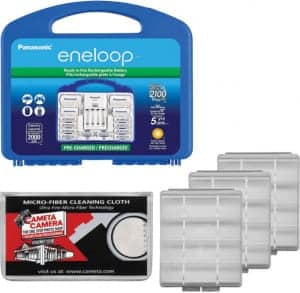 For your Xbox One controllers, I highly suggest you get an  AA Panasonic Eneloop rechargeable battery kit.  This is the one that I have and I did a lot of research, because I never had luck with the play and charge kit that Microsoft sells. No matter how careful I'd be with the Microsoft kit, it would manage to break on me. My research led to hearing countless stories from people who switched to the Panasonic Eneloops and they never turned back. I can tell you that they have been perfect our my needs. 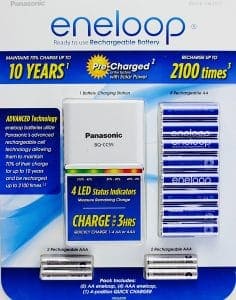 It seems that Panasonic has put out a newer Eneloop  kit, the price point on this one is nice as well. 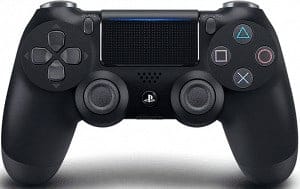 This post focused heavily on the Xbox One console, but if you're a Sony Playstation fan I have nothing but love for you. Definitely consider picking up some extra controllers for the PS4 as well for those other family members to play with you at the same time. 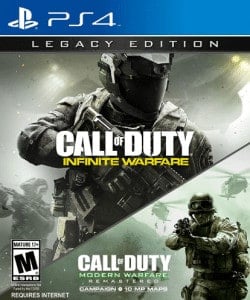 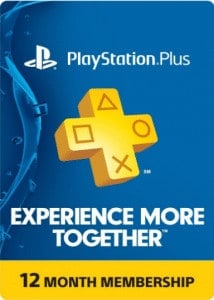 In it's current state, it has to be bundled with the new Infinite Warfare game. If you're looking to play multiplayer games on the PS4, then you need a PS plus membership.
I really hope this Ultimate Gaming/Gamer Gift Guide has really helped you out when it comes to making your entertainment decisions for this Holiday season. The items shared in this post that my family and I personally own have helped better our lives. It helps us connect together in ways that are fun and practical. As far as my wishlist goes, it was fun sharing these ideas with you! If you're like me, learning about games and other tech stuff is exciting.  I hope you and your loved ones have a very blessed Holiday Season!
Below are some more awesome Gift Guides to help you with all of your holiday shopping!