If you've come here looking for something cute to serve on Thanksgiving morning look no further!

These Turkey Cinnamon Rolls would be great to serve kids and adults {there's bacon so that pretty much makes them perfect!}. 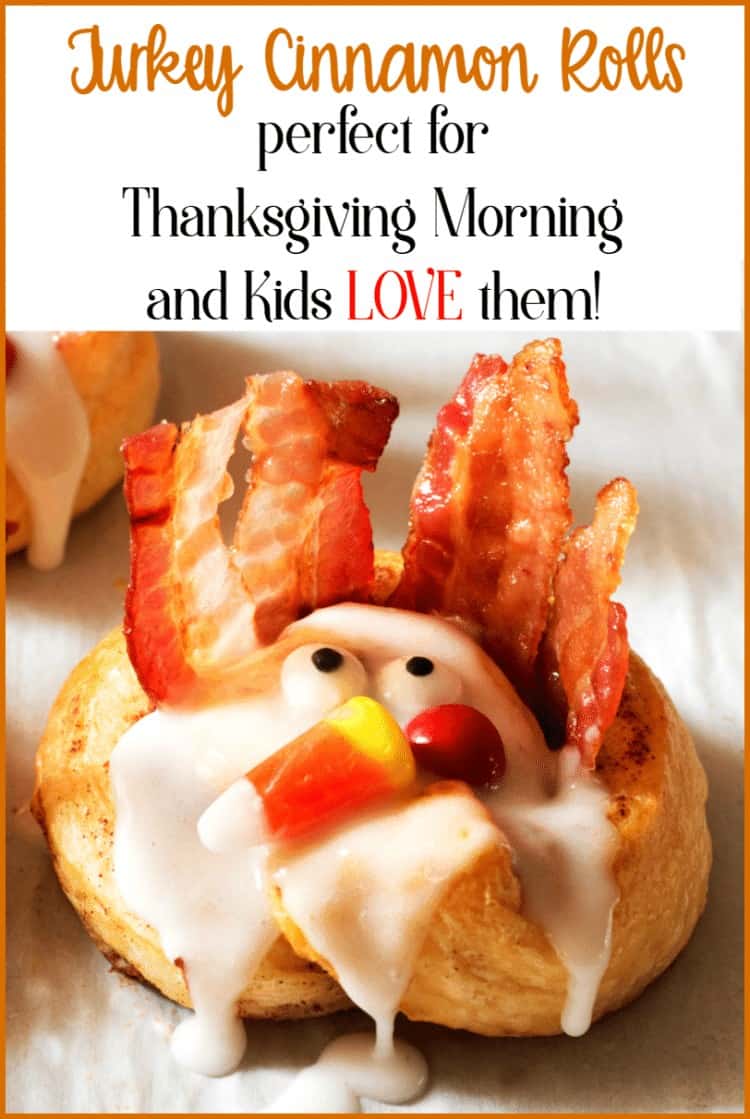 I found this recipe on Pinterest - it's from Pillsbury - I so wish this was my idea but it wasn't so I'll give credit where credit is due.I altered mine a bit only because I had a package of Cinnamon Rolls Cinnabon already on hand.  The original recipe calls for Grands so that would definitely make for a bigger turkey.

As with any of my recipes, calorie counts and nutritional information varies greatly depending on which products you choose to use when cooking this dish.

These are not the prettiest but they are cute in a googly awkward kind of way!