Easy to make and adorable cinnamon roll bunnies made with refrigerated cinnamon rolls. Perfect for Easter morning or any day you want to make something cute for breakfast! 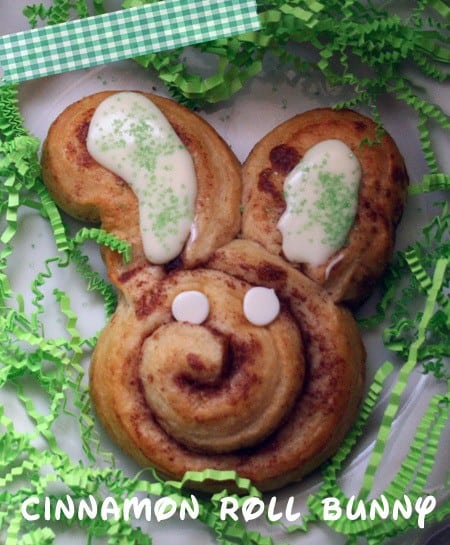 This recipe is so easy and the results are so cute!  This would make a great addition to Easter breakfast or brunch.

How To Make Cinnamon Roll Bunnies

1.  Preheat oven to temperature indicated on your cinnamon roll tube.

2.  Separate rolls.  Use one cinnamon roll for the body.  Divide another roll into 2 pieces and shape into ears {see photo below} and pinch into place so your bunny will stay together while . 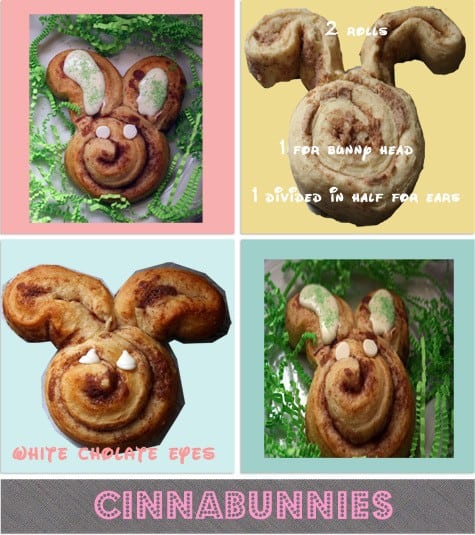 3.  Place 3 inches apart on cookie sheet and bake according to package directions.

4.  Remove from oven and place 2 white chocolate or chocolate chips in the position of the eyes.  Cool cinnamon roll bunnies slightly.

5.  Spoon icing onto the little bunny ears and then sprinkle with sugar. 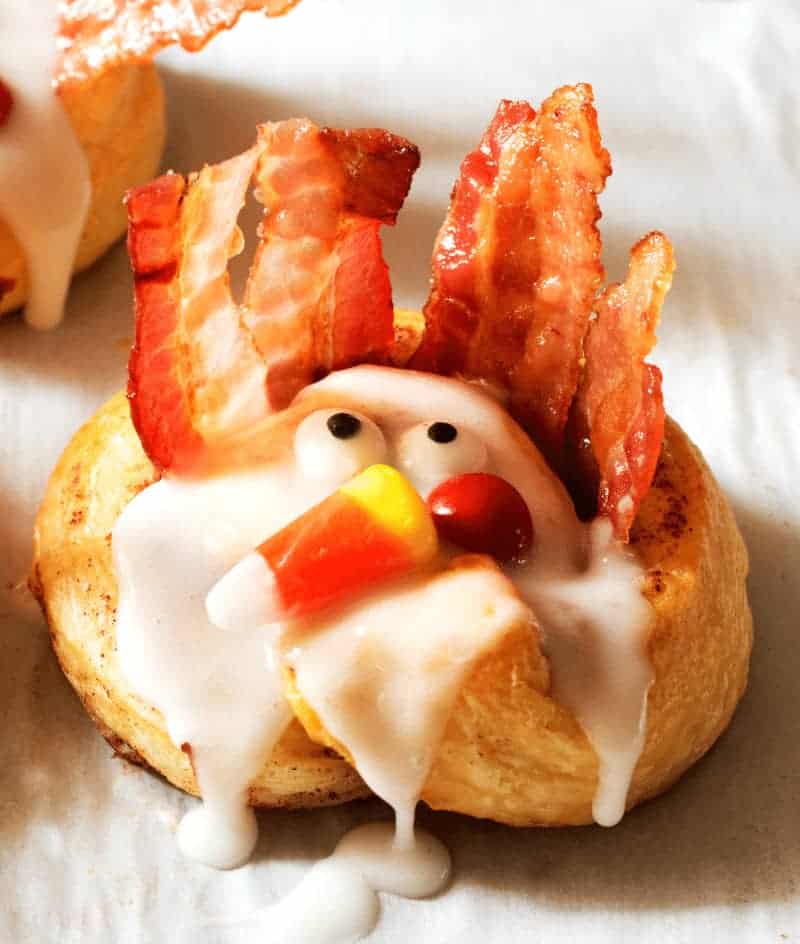 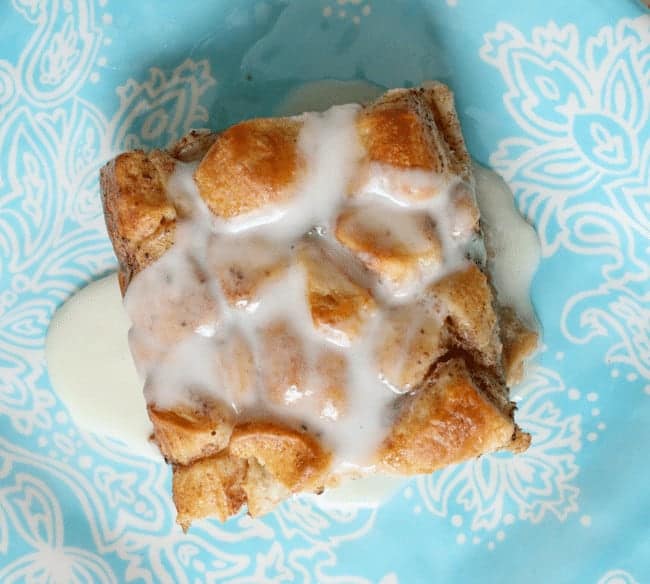 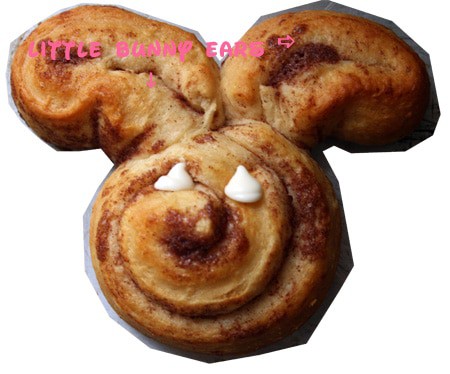